Mysore was the yesteryears' capital of various dynasties that ruled Karnataka from time to time. At present, the city is renowned as the cultural and educational capital of Karnataka. The city possesses architectural splendor that is very successful in impressing people from all over the world. It is because of its splendid beauty that the city welcomes its tourists in its cozy and warm hotels. The hotels in Mysore are available in different categories and styles and these hotels have been created quite artfully taking over the royal culture of Mysore. All the modern comforts that people look for are found in these hotels draped in hospitality and traditional charms. The hotels are beautifully designed with magnificent interiors that have been decked with antiques of the old world and new furnishings that are quite stylish. 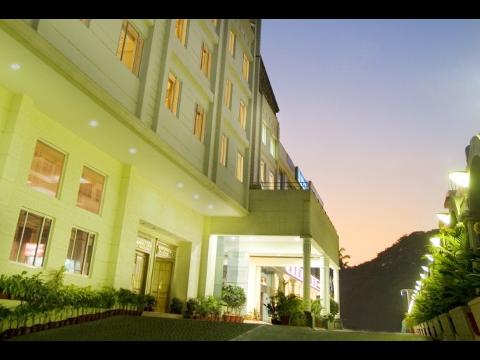 Mysore is a reputed city and it holds the position of being a major tourist attraction in the state of Karnataka. However, it is also worth noting about Mysore that recently it has developed into an important IT hub because there are a lot of foreign companies that have come up with their offices in Mysore. There can be absolutely no doubt in the fact that Mysore has a large number of business travelers and tourists all the year round and the number keeps on increasing every year. Mysore is a place where people not only from the country itself but also from around the globe visit for business and for holidays. There are a large number of visitors coming to Mysore every day. Among these people, there are some who do not look for luxury and lavish hotels for their stay in Mysore. They have limited budgets and therefore they look for hotels that can offer them the basic facilities and would not charge them much. This criterion is mostly found in the businessmen who travel to Mysore for business and not for their holidays. For such people, there are 4 Star Hotels in Mysore that can serve as the perfect choice. There are a huge number of hotels in Mysore and people visiting Mysore can easily make their choice from among the lavish hotels that are quite luxurious, the budget hotels and even the economy hotels.

Here are the four-star ones:

Pai Vista is located at Bangalore Nilgiri Road, Mysore, Karnataka - 570 001 which is considered to be the central point of the city. Hotel Pai Vista ranks among the best 4 Star Hotels in Mysore and is very close to the railway station and the airport. The hotel is located amidst the picaresque surroundings of the Chamundi Hills. People who stay at this hotel can have a beautiful sight of the Chamundi hills in the backdrop. The rooms in this hotel are styled in a contemporary manner. The design of the hotel is perfect and it avails various facilities of the 5 star hotels. Pai Vista is a reasonable and budget friendly hotel located in Mysore and this is the reason why Pai Vista is very famous among the people who make their plans of visiting Mysore.

Hotel Regaalis is situated at 1314, Vinobhava Road, Mysore and it is also one of the most visited 4 Star Hotels in Mysore. The hotel consists of 108 suites and plush rooms. The hotel is very close to the major tourist attractions in Mysore and is spread in an area of around 3 acres of luxuriant landscape. The hotel offers to its visitors a complete world of modern luxury and comfort at prices that are very affordable in comparison to the prices of the 5 star hotels in Mysore. Facilities like health club, conference halls, indoor games, multi-cuisine restaurants, pool side bar-be-que, indoor games, coffee shop and swimming pool are found available at Hotel Regaalis. However, these amenities will increase in manifold number if you make the choice of suite rooms and premiere clubs at the hotel.

The contact information of Hotel Adhi Manor is L - 20, Chandragupta Road , Mysore and it is considered to be one of the most budget friendly 4 Star Hotels in Mysore. This is a comfortable hotel that provides impressive services to its visitors. The entire hotel is laced with various important amenities that are required by the visitors and some extra services can also be arranged on the payment of some extra bucks. Hotel Adhi Manor is an opulent luxury hotel that falls under the 4 star hotel category and provides dedicated services to its visitors. The hotel staff and authority also ensures that its visitors have a good time at the hotel by paying attention to all their requirements and problems.

Hotel Ginger is located at Nazarbad Mohalla , Mysore and it is a branded hotel in Mysore within the budget of an individual. It is very near to Mysore Zoo and the hotel is very impressive in its services. It is a brand that is a portrayal of the money that is pad worth the services found at the hotel. The rooms of Hotel Ginger are found to be styled in a contemporary manner and they are very clean and tidy. The facilities available at this hotel are quite surprising because none of the 4 Star Hotels in Mysore provide such services. The hotel possesses a gym, beauty spa, Café Coffee Day channel, water dispenser and a restaurant. It is very easy for the visitors to get a room at this hotel that would not cost much and would include all the above mentioned services.

Hotel Gitanjali Farm is more of a home stay and therefore the hotel is called Gitanjali Home Stay located at P.B.6, Siddharthnagar, Mysore-57001. A stay at Gitanjali farm is delightful and filled with tranquility because of the beautiful landscape amidst which the hotel is located. The hotel is very close to the Lalitha Mahal Palace and is only ten minutes away from the central point of the city of Mysore. The rooms at this hotel come with attached bathrooms and all the rooms are found set amidst a beautiful garden. The visitors are served with traditional food that is home cooked  and is considered to be very delicious. The farm is more of a comfortable hotel which is wonderful and makes for a delightful stay in the cultural city of Mysore.

For a comfortable stay at Mysore, people should look out for the best 4 Star Hotels in Mysore and the ones that have been mentioned above are worth consideration.