Mysore is the heritage city of India and it is also popularly known as the sandalwood city because of the immense popularity of Mysore sandalwood. Mysore ranks second among the largest cities of Karnataka, Bangalore being the first. Bangalore is popular as the Garden City while Mysore is called the City of Palaces. Mysore is also popular as a tourist center because it possesses major sightseeing places that are beautiful and splendid. The hotels that are found in Mysore are not only good at the quality of services that they provide but at the same time they are also budget friendly offering the visitors a very cost effective and luxurious stay in Mysore. 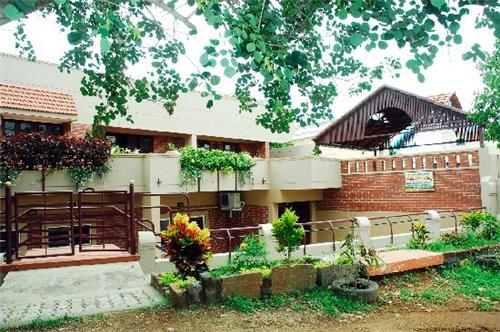 As is the case in every city found around the world that groups of hotels of every category are found very close to the airport, bus terminus and the railway station. The same situation is also found in Mysore where there are not less than five hundred places where people can get hold of Accommodation in Mysore. However, it is very important choose the accommodation carefully because the place that is chosen should be comfortable and luxuriant. All the hotels in  and cheap accommodations in Mysore are found to go hand in hand with legal formalities but visitors might have to go through the issues of hygiene in low budget hotels.

Mysore is a place that welcomes thousands of tourists all the year round and it is only because of the large number of tourists that searching for proper accommodation in Mysore becomes very difficult during the peak season. Therefore a lot of localities in Mysore have come up with Guest houses in Mysore that are available at an affordable price and they also provide some of the most important facilities required for everyday living. The guest houses do not possess restaurants and health clubs but they provide their customers with home cooked food and comfortable rooms that make a person feel like home. Some of the top Guest houses in Mysore have been detailed below:

Tulips Homestay: Tulips Homestay is a wonderful and beautiful guest house found at 922, 6th Mai, 10th Cross, Viyayanagar 1st Stage, Mysore-570017, Karnataka. Premium accommodation is provided to the customers at Tulips Homestay which also includes the western perception of Bed and Breakfast. It is truly a home that people find away from their own home. The guest house is situated in a serene and prime locality and is very near to the central point of the city of Mysore.

Yogic Guest House: yogic Guest House is situated at 884, KVV Press, Lakshmipuram (near Sidappa Sqaure), Mysore- 570004, Karnataka. The Yogic Guest House is an effort of the Yogic Group which is very popular in the industry of service and specializes in providing service to yoga students that come to the guest house from all over the world. There are quality rooms found at this guest house at an affordable price and the atmosphere of the guest house is also very friendly. It is a very popular tourist destination found in Mysore especially for the students of yoga.

Urban Oasis: Urban Oasis is a guest house located at 2761, 5th main Road, V.V Mohalla, Mysore- 570002, Karnataka. All the rooms at this guest house are air-conditioned including an area for dining, a kitchenette consisting of a microwave oven and a fridge and the rooms also equip a sofa to make the visitors feel like home. The rooms also contain television and a wardrobe.

Bed and Breakfast in Mysore

The Viceroy: The Viceroy is positioned at Sri Harsha Road, Mysore- 570001, Karnataka and it is a property that falls into the category of 3 star hotels in Mysore. This bed and breakfast is located very close to the Mysore palace and Mysore railway station. There are 29 rooms in the bed and breakfast that have been well-appointed and it also includes a hall for conferences that can equip around 45 people at a time.

Play Possum Homestay: Play Possum Homestay is sited at 1483, Paduvana Road, C & D Block, Kuvempunagar, Mysore- 575023, Karnataka and it is also considered as a bed and breakfast. It is truly set amidst a beautiful background and serves as a home for the visitors. This bed and breakfast is found very close to the Bangalore-Mysore Highway and offers facilities that can be compared to those provided by the luxury hotels in the city. The hosts of the premises also possess warm hospitality that makes the stay at this bed and breakfast even more delightful and enthralling.

Jade Garden Hotel: Jade Garden Hotel provides the facilities of a hotel and it also includes the bed and breakfast alternative for its visitors. The hotel is situated at 1064/1, Jayalakshmi Vilas Road, Opposite Mysore Law Courts, Chamrajapuram, Mysore- 570005, Karnataka. Luggage storage, car rental, currency exchange, parking and dry-cleaning facilities are added advantages available at this bed and breakfast. The hotel also consists of a tour desk for the ease of the visitors in travelling. The bed and breakfast possesses rooms that are all air-conditioned along with a television that has flat screen and cable channels. The rooms also possess a sitting area that is quite comfortable because of the sofas. There are attached bathrooms found in this bed and breakfast with clod and hot shower. This Bed and breakfast in Mysore also consists of a restaurant that serves continental, Chinese and Indian food. There is arrangement for buffer breakfast made at this hotel.

National Residency: National Residency is sited at 8, Dr. Nelson Mandela Road, Bannimantap, Mysore-570015, Karnataka. The rooms in this hotel are found to be air conditioned and the hotel also provides the facility of bed and breakfast to its visitors. This residency is more of a Homestay for the people because it is equipped with a terrace and a garden where visitors can have a very good time. Several other facilities available t this bed and breakfast are games room, tour desk and meeting facilities. Car rental and currency exchange facilities are also available at this affordable Bed and breakfast in Mysore. The hotel also consists of a restaurant named Lemon tree that specializes in serving its visitors with continental, Indian and Chinese cuisine.

SK Elegance: SK Elegance is a Bed and breakfast in Mysore located at 2722/1, Sri Harsha Road, Mysore 570001, Karnataka. This bed and breakfast has a reception that provides its services 24X7 along with travel arrangements and banquet facilities. There is a business center provided by the hotel that serves to be very useful for the corporate clients and guests.

There are a lot of hotels found in Mysore and they make for good Accommodation in Mysore but the best thing to do in this respect is to research properly.