Mysore being the most wanted city in the state of Karnataka is very well known for its adventurous sports that has made Mysore a sports city in the recent days. The Clubs in and around Mysore organize the adventurous sports and many people do participate in them after undergoing a proper training from the clubs. Everyone would love to adventure new things in their life. Trying out new things on the sports is a great adventure and it gives the big thrill while playing the adventurous games. One must try it at least once in their lifetime. Mysore is known for the outdoor adventurous sports and activities that ranges from hang gliding, bungee jumping and much more. 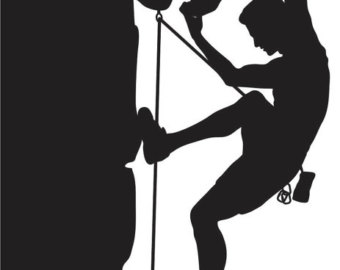 The Outback Adventures Club, Society for Promotion of Adventure and Nature Awareness, International Academy of Mountaineering and Allied Sports and Almanac International Voluntary Club are some of the popular clubs in Mysore that offers training courses for people who are seeking to learn adventurous games in Mysore. The adventure games are organized on the Kaveri river that is situated in the Padavapura Taluk. Nature camps, trekking, climbing, cycling are some of the other outdoor adventurous sports provided in these clubs. These clubs make the players to wear proper gears for the adventurous activities so that they can stay safe and enjoy the thrill in the games. The following are some of the famous and the most wanted Adventurous Sports Club in the city of Mysore.

This adventure club provides various courses for people who are interested in rock climbing, river crossing, river rafting, flight hang gliding and much more. The trekking training course is very much popular in this place and the students get trained by the highly skilled professionals who can teach them with the useful tips and tricks while playing the adventurous games. Rock climbing in this club is done with proper precautions in the first place so that everyone will be safe while climbing up on the rocks.
One need to pay an annual membership fee to join in this club. The membership fees are very low and one can learn the thrill behind the adventurous games in this club.
Address: Hud Co, MI 473, New Bannimantap Extension, Mysore
Phone: (0821) 498468

The main aim of this sports club is to train people in artificial wall climbing inside the Chamundivihar Indoor Stadium and parasailing at the Mandakali airport strip. One needs to register to get the training courses from this sports club.
Address: Chamundivihar Stadium, Nazarbad, Mysore
Phone: (0821) 443958

This club is famous for providing training on rock climbing, river crossing, river rafting and with other adventure games. The trained staff help you learn and enjoy the various adventure activities.

This is one among the pioneer in the adventurous type of sports in the Mysore city. The club was started in the year 1968 and it does conduct a specialized programme for the STF and for the Police Academy. The professionals train everyone with their specialized coaching so that everyone can turn into an adventure game player.
Address: No 16, Girijabovipalaya, New Layout, Mysore
Phone: (0821) 571282

The Youth Hostel in Mysore offers regular training courses for all types of adventurous activities and they do organize special trekking and adventure trips to various places in and around Mysore.

This place is famous for conducting training programs for Youth regularly. It was started in the year 1972 and it is now a center that promotes various adventurous sports and games.
Address: District Co-ordinator, No 1551, II Cross, Srirampura, Mysore
Phone: (0821) 566774

The Garuda Aero Sports Club was established by Mr. Somendra Singh in the year 1976. The main aim of it is to promote hang gliding, double seater hang glider and Paragliding with a single seater. The joy ride in this place can make everyone to witness the real bird's eye view of the Mysore city.
Address: Garuda Aero Sport, Hyder Ali Road, Opposite Chamundivihar Stadium, Nazarabad, Mysore
Phone: (0821) 449018

SPAN provides various activities like rock climbing, trekking, mountaineering, aqua and aero sports, forest expedition and much more. It was established in the year 1993 and it has been promoting the adventurous games with the Youth from the date of its establishment.
Address: 1070/1, Sarvajinika Vidyamarga, Mysore
Phone: (0821) 481396