Badminton and Tennis in Mysore

Sports play an integral part in building up the personality, apart from keeping you fit, active and healthy. Whichever city you are in, you should indulge into any kind of sport. Badminton and Tennis are the most common sports in cities and so in Mysore. 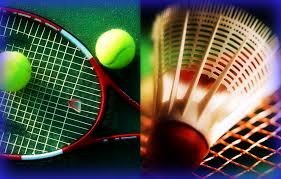 Badminton was initially not that popular in the state of Mysore. It was played and enjoyed among the defense personnel and common people were not much aware of this game. The first club where badminton was played was the Belgaum Club. The club was established around 1900 and the game of badminton was played using wooden rackets during that time. The sport started getting popular over the years as various tournaments were played across the state and players started emerging like Asha Damle and Indumati from Mysore. Thanks to these women players who received much support and encouragement.

After the popularity of the game increased n Bangalore, people wanted to learn the game and enjoy it. A few of the badminton coaching centers in Mysore are:

Tennis is a very popular sport in India. There have been many prominent talented tennis players from Mysore. These players are Prahlad Srinath, Rohana Boppana who achieved glory in Davis Cup tournament. Along with Bangalore, Mysore had its share of coaching classes which educate the young sportsman about tennis and help the game to become popular.

The club helps to create awareness regarding badminton and tennis as important sports in Mysore by rendering their training services to people.