Karnataka is a South Indian state in India that is very famous for its efficient management of Wildlife and Forestry. The entire geographical area of Karnataka measures 1, 91,791 sq kms, out of which 43,356.95 kms constitutes of forest area which is about 22.6%. There are 22 Wildlife Sanctuaries and 5 National parks in Karnataka that cover around 6576.76 sq. kms forming 15.17% of the entire forest area in the state. The Government of India enacted the Wildlife Protection Act is 1972 in order to safeguard the birds, plants and animals of the country and also to ensure the environmental and the ecological security of the entire country. The population of elephants in India is about 25,000 out of which it is estimated that 5590 elephants are found in Karnataka forming about 22% of the whole population. 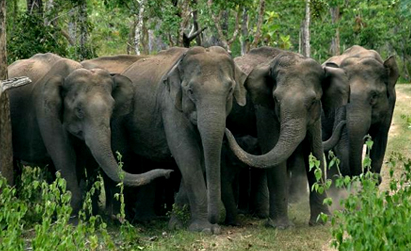 The Bandipur National Park Mysore was established in the year 1974. This park came into being major in the form of a reserve for tigers under Project Tiger. The park is located in Mysore Karnataka and previously it served as a private reserve for hunting for the Maharaja of the Mysore Kingdom. The Bandipur National Park is very famous for the wildlife that it possesses and its biomes. However, it has to be noted that deciduous forests are almost dominant in the forest.

The park covers an area of 874 square kilometers and protects different species of endangered wildlife in India. The park adjoins the Mudumalai National Park, the Nagarhole National Park and the Wayanad Wildlfe Sanctuary totaling an area of about 2,183 square kilometers and is an important division of the Nilgiri Biosphere Reserve. The Bandipur National Park is also considered to be the largest area for the protection of wildlife in the southern part of India.

There are a large number of tigers found in the park along with other natural inhabitants like sambhar, gaur (a bull type), four-horned antelope, wild boar, wild dogs, sloth bear, jackal, porcupines, chital, black knapped hare, panther, Malabar squirrel and mouse deer. Different birds like green pigeon and jungle fowl are also instituted at the park.
The Bandipur National Park is very famous because of the wildlife reserve that it possesses and also because of its beauty. The park serves as a shelter for various endangered and conserved species of plants and animals. A detailed description of the various plants, animals, birds and flowers found at the park has been enumerated below: 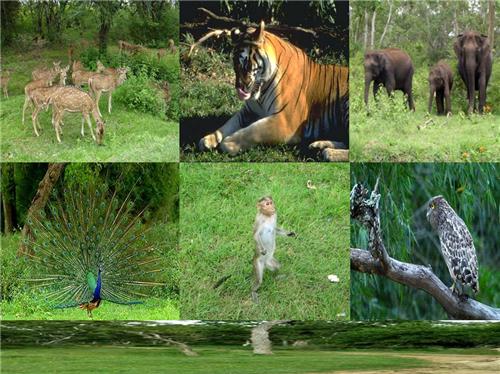 The Bandipur National Park Mysore engulfs various species both threatened and conserved. The species and the categories have been mentioned below: 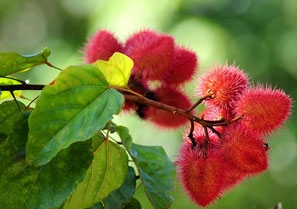 The Bandipur National Park also consists of some of the most endangered species in India such as the mouse deer, tiger, panther, four horned antelope and the sloth bear. These animals get great shelter at this park.

The people who visit the Bandipur National Park Mysore should worry the least about their accommodation because there are a large number of resorts, guest houses, inns and hotels available very close to the park. Some of the famous accommodations around the park are:

Other Tourist Attractions Nearby

There can be absolutely no doubt in the fact that the Bandipur National Park Mysore itself serves as a major tourist attraction in Bandipur because of its rich treasure of wildlife and varies vegetation. Not only wildlife but there are different species of birds, insects and butterflies also found at the park. The park serves as a great venue for an elephant safari or a Jeep safari because of its roads that are very well engineered and managed. The safaris serve as the best method to explore the beauty and the wonderful content of the park. Apart from the park, there are two other options that also serve to be the best tourist attraction around the area and they are:

Gopalaswamy Betta: Gopalaswamy Betta is also known as Hamavad and it is considered as the highest peak of the Bandipur National Park Mysore. Gopalaswamy Betta also possesses Lord Venugopal’s temple on the top which is considered to be ancient and is visited by thousands of people every year. This temple is said to be built during the reign of the Cholas because it reflects the architecture and the style of this dynasty in Karnataka.

Location and Best Time to Visit 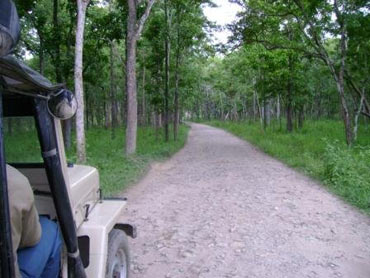 Bandipur is an area that is located in the Gundlupet Taluq of the Chamarajnagar district of Karnataka. The village is 80 kilometers from Mysore city and lies on the route of Ooty which is considered as one of the most important tourist destinations in India. The tourist traffic at Bandipur is very large every year because it is very close to Ooty but the traffic is banned during the hours of dusk to dawn in order to decrease the count of wildlife death due to accidents.

The Bandipur National Park Mysore is considered as a better managed and beautiful park in India. The park is located in the picturesque and wonderful surroundings of the Western Ghats on the highway that connects Mysore and Ooty in Karnataka. There is a very special place occupied by the Bandipur National Park in the Eco conservation effort of India.

The Bandipur National Park is open for it visitors all throughout the year but the richness in beauty and wildlife of the park can be witnessed during the months of September and November and March and July. Therefore, it is advisable for the people to visit the park during these months.

How to Get There