Mysore is an important center for carrying out trade. Due to the fast pacing industrialization in the city there has been a need for excessive money. Hence, banks have been built in the city to keep the huge amount of cash. These banks in Mysore are categorized into nationalized and private banks. There are also some public sector banks solving this purpose. These banks serve all the financial needs of the people. 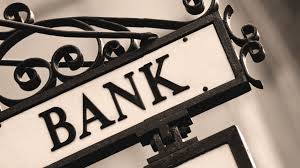 The services offered by these banks are immediate which help in the proper functioning for money control. The employees in banks are trained and skilled for this profession and carry out their work smoothly and efficiently. Most of the nationalized banks have their branches in Mysore. However, with the increase in the population and the number of business opportunities in the city, many private banks have also been constructed to solve the business needs of professionals.

Education loan to students is also a vital service offered by the Mysore banks. A good course from a reputed institute costs a bomb shell, be it, engineering, MBA or any other professional course. There are so many students who want to travel overseas for their education. But, due to the lack of enough funds, they find it difficult. However, the banks provide education loans to solve this problem. Giving credit to the banks so many children and budding professionals have fulfilled their dreams and the future professionals are also being benefited by these schemes.

Some of the most popular banks having branches in Mysore are Bank of India, ICICI Bank, Canara Bank, Central Bank of India, Vijaya Bank, State Bank of India, United Bank of India, Indian Bank, ING Vsya Bank, Axis Bank, Karnataka Bank, IDBI Bank, Union Bank of India, Federal Bank and Bank of Baroda. All these banks have their branches spread across the city which have made lives easier for people. Moreover, with the construction of ATMs all over the place, people can enjoy the facilities of the banks at any time of the day. There is basically no hindrance in withdrawing or sending cash these days.

Branches of Union Bank of India

Branches of Bank of Baroda

Branches of Oriental Bank of Commerce

Another major bank in Mysore is the Corporation Bank which has fifteen branches all over the city. Corporation Bank is a public sector bank spread all across India. It serves the needs of all the people.
These banks play a very important role in a person’s economic life. Life is indispensable without money and in order to preserve money we need banks and ATMs.