Birth and Death Certificates in Mysore

A Birth and Death certificate are considered to be one of the most important document that will be useful in many ways to each and every citizen who is said to be born or dead in India. The Birth Certificate that has been attained by a person living in Mysore, verifies the birth of a person in India and it also holds the name of their parents on it. The Birth certificate of a new born baby can be attained by the hospital in which the mother and baby were treated with. The certificate that has been getting from the hospital or the nursing homes should be authorized by the Administrative office that is said to be located on each and every city in India. The Birth Certificates to the newborn baby or for anyone living in the rural areas are issued by the Village Panchayats and the new E-Gram service that has been introduced by the Government of India has made the rural areas get their birth certificates in a very easy way. These E-Gram facilities can be used by anyone living in the rural area and they can make use of this effective system to get the birth and death certificates. 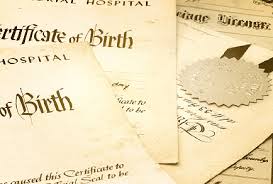 Procedure of Getting Birth and Death Certificates in Mysore

If a person dies in India, then his or her relatives and the family members get issued the death certificate by using copies that were issued from the crematorium where the dead body was buried or burnt in. If a person dies in a private or Government hospital, then the working staff from the hospital provide a letter that contains the cause of death of the person in their hospital and it will hold the superior doctor's signatures. This copy is very much needed to bury or burn any dead body in the burial ground. This copy which has been issued holds the record about the date and time in which a particular person is said to get in to the state of death in their hospital and it also mentions the reason of death. This certificate can also be used to register the death of a person in Mysore City Corporation.