The city of Mysore over the years has reformed from a mere tourist destination to a growing business hub in South India. The city is less polluted and was ranked by Business Today in 2001 as the 5th best city in India to do business. The city has provided good infrastructure for Information Technology (IT) companies, manufacturing and other services sectors. Some of the world renowned companies like Infosys, Wipro, Larsen & Toubro, Bharat Earth Movers Ltd. (BEML), TVS have their operations in this beautiful city. Mysore being very near to Bangalore with best climate, civic infrastructure and water availability from the rivers Cauvery and Kapila are the major strengths for the Mysore city. Morgan Stanley India in its survey has ranked Mysore high on the vibrancy index. 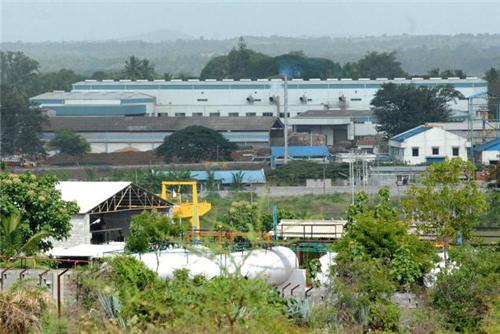 The main focus areas for business development opportunities in Mysore are IT, Research and development centers, Engineering manufacturing industries, agro and food processing industries. Mysore district has got 6 industrial areas in Belagola, Hootagalli, Hebbal (Electronic City),  Nanjangud, Belawadi and Thandavapur. The city has 56 large and medium scale industries which invested nearly INR 3388 crores. Depending on these industries a number of ancillary units and other micro industries have come up in the city providing employment for thousands of people. The Karnataka state has developed Najangud Industrial area in Mysore with an investment of 445 crore in 12 hectares. The area is especially developed for electronic hardware and It and is expected to provide employment opportunities for 6200 people. The other Special Economic Zones (SEZ) in Mysore are Hebbal Industrial area and Koorgalli industrial area are especially developed for IT and IT enabled services (ITES). An estimated employment of 17000 will be generated from this development.

Salubrious climate with skilled labor and good employee relations, the city is a best place for investment. The government has developed an investor friendly policy framework and has best supportive mechanisms to attract investments in Mysore. 66 of the global fortune 500 companies have their operations in Mysore. The Container Corporation of India is planning to set up its facility Mysore-Nanjangud region and the German based Heidelberg Cement Company has acquired the Mysore Cement of S K Birla group and is in plans to expand its operations. Mysore Region Business Development Summit held in Mysore in 2012 has attracted an investment of 6000 crores which will generate employment to approximately one lakh people in the region. 108 MoUs were expected to sign at the summit generating 23,000 direct jobs.

Tourism is one best industry for Mysore which attracts millions of people every year. Taking on this fact the hotel industry in Mysore is flourishing day by day. The district has best connectivity by rail, road, air and port. The city has an airport and the port is just 290 kilometers from the city making it best location for export oriented businesses. With more and more industries coming to Mysore, the next few years can be a roller coaster for Mysore city in terms of both investment and development.