Mysore, the third largest city in the state of Karnataka was a princely state for almost 6 centuries from 1399 until India attained independence in 1947.  Ruled by Wodeyar dynasty, the Wodeyars significantly contributed to the growth of the city. Before independence the main economy of the kingdom mainly depended on agriculture. 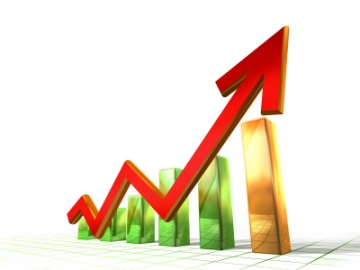 Later the state monopolized the production of sugar, salt, iron, sandalwood, sandalwood oil. Sandalwood was exported to Persian Gulf countries and China. Before independence the textile industry was flourishing in the Mysore region. The British rule brought major reforms and tax policies improving the economic conditions of masses. With competition from textile manufacturing mills of Scotland, Liverpool and Manchester the home grown textile industry suffered a lot.

Mysore city has seen balanced growth after independence. The main areas that contributed to the economy of the city are the tourism industry, Information Technology (IT) exports and Forest based industries. Some of the major companies based out of Mysore are Infosys, Wipro, Larsen and Toubro Infotech, Bharat Earth Movers Ltd (BEML), Karnataka Silk Industries Corporation (KSIC), TVS, J.K Tyres and many more.

Some of the prominent IT names in the Indian industry, Infosys, Wipro and L&T Infotech have their operations in Mysore. Mysore is the second largest city after Bangalore contributing to the economy of the state. During the financial year 2009–2010 Mysore has contributed INR1363 crores (US$275 million) just for IT exports.

Tourism industry is other major contributor to the economy of the city. In 2012 the city attracted 3.1 million visitors. Some of the prominent places to visit in Mysore are Mysore Palace, Brindavan gardens, Bandipur National Park, Lalitha Mahal, Somanathapura etc. The city is also least polluted in the country drawing attraction from both tourists and investors.

Manufacturing sector has also seen a rapid growth in the Mysore region especially after independence. Some of the famous companies like BEML, KSIC, Larsen and Toubro have their manufacturing units contributing to the employment and economy of the city.


Agriculture and Other Related Industry Sectors

Agriculture played a prominent role in the economy of Mysore right from 13th century. During the period between 2007-2012, Mysore attracted an investment of INR 5.19 billion in agriculture business.
Mysore has always been a key contributor to the economy of Karnataka state in the areas of agriculture, IT, Tourism and manufacturing. The city has been attracting more investors and a lot of Indian and foreign companies are planning to set up their facilities in this beautiful city.