The location of Mysore is in the southern division of Deccan Peninsula and it is the southern district of the state of Karnataka. the state of Karnataka was known as Mysore during the time before 1973. Mysore is famous as the garden city of India and is even called the ‘City of Palaces’. The city of Mysore is very famous throughout the world for its gaiety and pomp during the traditional Dussehra celebration in the city. There has been huge development taking place in the city that ranks fourth in the possession of factories and is also second richest in the wealth pertaining to forests. Mysore is also famous for its small scale industries like silk-reeling, incense, crafts and handloom weaving. In terms of economy and wealth, Mysore can be considered to be a rich city in Karnataka. The climate of Mysore is moderate and it calls for good outings and entertainment all the year round. The weather is also favorable for the tourists who can enjoy various tourist destinations in Mysore during any time of the year.

There are different types of options available for the entertainment of the people of Mysore and also the tourists who visit Mysore from time to time. the best thing about Mysore is that there are a lot of entertainment channels available for the people to enjoy their weekends and their holidays with friends and family. The night life in Mysore is not in trends because of the cultural and traditional background of the city but the people in Mysore love to party and visit various restaurants, malls and hotels for the sake of getting entertained. Some of the best means of Entertainment in Mysore and the ones that are very popular have been discussed below: 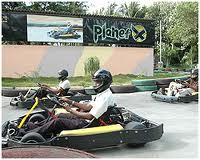 Planet X is located at Maharana Pratap Singh Road, Nazarbad, Mysore- 570010, Karnataka. it is the largest entertainment complex in Mysore and is considered to be the favorite hangout zone for the young people in Mysore. This entertainment hub consists of various things that can be enjoyed by the youth such as bowling, console gaming, Go karting, video games (with Play station and X-BOX), mini golf, pool and snooker. There are a lot more entertainment alternatives available at Planet X apart from the ones that have been mentioned above. People who look forward to spending a day that is packed with fun and entertainment can always plan head over to Planet X in Mysore. Planet X also consists of a party hall that is quite groovy and is meant for the party lovers. Foodies can enjoy different types of food in Jumbalaya, the restaurant in Planet X that is multi-cuisine. People can always enjoy some good time at the restaurant away from the joyrides. The restaurant serves every kind of food such as Continental, Chinese, Tandoori and Indian dishes. Planet X also possesses a small confectionery shop that is very cute and people can satiate their dessert appetite at this confectionery. The name of the confectionery is Potpourri and it deals in the sale of pastries, quick bites and yummy cakes. The shop serves as a good place to hangout though it possesses a very casual external seating.

The Devaraja market is situated at Sayyaji Rao Road, Shivarampet Mysore, Karnataka- 570001. This market is a great place for hangout and it serves to be of good use for the tourists in Mysore. The market is completely traditional and Indian and it brings forth great many features of a typical market place. The Devaraja Market is chaotic, colorful and vibrant and it falls into the category of some of the oldest markets found in India at present. The market dates back to the era of Nizams in India.

Why it is so popular?

The Devaraja market is considered to be the best for the tourists because all the flavors of Mysore are found available at this market place. It serves as a means of entertainment for the people because there are lots of roadside stalls found in the market ad people can have a great time spending time relishing the food available at these stalls. The market possesses two entrances and the best thing to do in order to have a look at the entire market is to enter through one of the entrances. There are a lot of things that the market can offer to its visitors. The market consists of various shops that sell household tools that are quite traditional, local flowers, incense, kumkum, fruits, vegetables, banana leaves, seeds and betel vine. There are souvenir stalls also found within the market. The Devaraja market does not have any sort of cold storage therefore perishables like fruits, vegetables and flowers that are available in the market are absolutely fresh and are brought from the place of their manufacture like the farm to the Devaraja market. However, it is important to keep in mind that bargaining is important at the market in order to go for good deals and have a shopping experience that is quite satisfactory.
Address:
Sayyaji Rao Rd
Devaraja Mohalla, Shivarampet
Mysore, Karnataka 570001
Phone:0821 283 1427
Timing: 10pm to 9pm 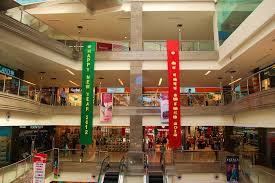 Mall of Mysore is sited at Indira Nagar Extension, Nazarbad Mohalla, MG Road, Mysore. The mall of Mysore is the largest in Mysore and the very first of its kind. The mall houses surplus of eateries, brands and even a multiplex. The mall is a complete box of entertainment for the local people of Mysore and even for the tourists who visit Mysore from time to time. people can have a great time at the mall enjoying its environment, planning a movie or even having some food at the various eateries that are found inside the mall.
Address:
C1, Indira Nagar Extension
Nazarabad Mohalla
MG Road, Mysore, 570010
Timing: 9:30 am – 11:00 pm

Family is considered to be very important and it is the family that makes up the life of an individual. Every individual who remains busy working at office or at business wishes to spend some quality time with his or her family because spending time with family is the keep to happy life. The weekends and the festivals are great time to spend time with family. There are a lot of family entertainment options available in Mysore that can be used in order to have fun with family. Mysore was considered as ‘pensioner’s paradise’ because of its serene and lush green environment and at present it consists of many man-made and even natural points of entertainment. Some of the entertainment points in Mysore that can be used to treat the family a good weekend have been discussed below.

Karanji Lake: In Mysore it serves as an ideal retreat for the family. It is a natural splendor that is spread over an area of 90 acres. The lake offers scopes of various kinds of leisure activities like bird watching and boating. It is one of the oldest and largest lakes in Mysore and serves as a paradise for tourists and city dwellers. The lake consists of a bird pond that is spread across two acres. The pond possesses 87 bird species that include migratory species that are twelve in number. There is a tower for bird watching which is ten meter high and even a butterfly park. The lake premises also include some of the most amazing kinds of plants that possess medicinal value.

Shri Chamarajendra Zoological Gardens: Another great entertainment spot for a family in Mysore can be Shri Chamarajendra Zoological Gardens which is also known as Mysore Zoo. This zoo came into being in 1892 and it serves as an attraction in the city of Mysore. The zoo also ranks among the oldest zoos found around the world and even in the southern part of India. there are more than 750 animals that stay at this zoo including mammals, reptiles and birds. The zoo serves an entertainment spot for the kids because of its rich animal content and also because it possesses a small area that can be used by the kids for playing. Food is also readily available at the zoo in the form of some snack outlets within the zoo. This place is considered to be the best entertainment hub especially for the kids on Sundays.
Address:
Indiranagar, Mysore, Karnataka 570010
Phone:0821 244 0752
Timing:  8:30 am – 5:30 pm

Brindavan Gardens: Apart from the zoo, Brindavan Gardens also serves as a place amidst nature ideal for a person to spend time with family. Brindavan gardens is just located at a distance of 15 kilometers from the centre of the city and is found below Krishnaraja Sagar Dam across River Cauvery. The Brindavan Gardens is spread over an area of 150 acres. It is a sort of terrace garden possessing decorative steps that have water flowing in the middle. The best attraction of the Brindavan gardens is its dancing fountain featuring water gushing out along with music and creating magnificent patterns of color.
Address:
KRS Dam Road
Krishna Raja Sagar Dam
Mandya, Karnataka, 570005
Phone: 080 2657 1925

Water parks serve as great entertainment options to cool off with family. Water parks are amazing and a perfect outing for playing water games and splashing around together. 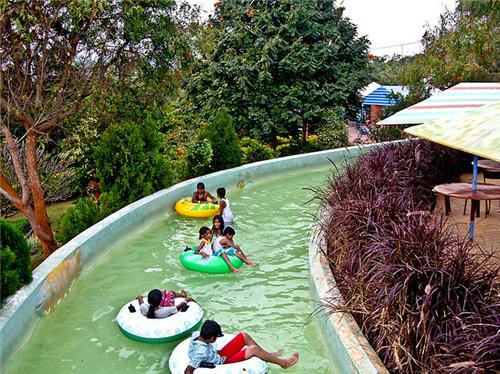 GRS Fantasy Park: The GRS Fantasy Park located off KRS Road, Metagalli, Mysore-570016, is a water-cum-amusement park in Mysore that has been built over an area of 30 acres. The park is situated at a distance of 15 kms from the center of Mysore and it is full of extensive greenery on all sides. The park has been backed with high end technology and is serves as the best place for entertainment that is action packed. There are a lot of activities available at the park for people of all ages. Water chute, float slide, swing chairs, thunder cruise, aqua trail and dashing chairs are some of the rides at the park that are quite fun-filled. The park also consists of a quality restaurant within its premises. The park is open for the general public from Monday to Saturday and it opens at 10.30 am and closes at 6 pm. However, on the public holidays and Sundays, its timing is from 10.30 am to 7.30 pm. The park is also available for the public who wish to organize birthday parties, fashion shows and meetings at the park.

Fun Fort: Fun fort is another water retreat for the family that can be used by an individual. The park is located on the Mysore-Bangalore highway and it is also 15 kilometers away from the center of Mysore. This hub for entertainment consists of water park, nightlife, live entertainment, venues for various events, accommodation and food. It possesses thrilling slides, wave pool, aqua dance area and a separate pool for the kids. The park serves as a complete entertainment hub for people of all ages. People are sure to get adrenalin rush with the impressive slide collection and theme areas at the park. The park is open for the general public from 10.30 am to 6 pm.

The nightlife in Mysore city is quite interesting as people enjoy night-outs in pubs, discos, nightclubs. There is a good number of bars in Mysore.
With these many types of entertainment options that you can explore in the city of Mysore. you definitely can look forward to a great time being here!

Comments / Discussion Board - Entertainment in Mysore