People often dream about a cool breeze splashing across their face, they being nestled across the beauty of nature where they could see nothing but greenery all around, the silence is worse than a pin drop and all you could hear are the sounds of the birds chirping away into your ears. Sounds familiar to a hill station? Certainly does. A hill station being the ideal getaway for many tourists across the country, people flock to it all throughout the year. 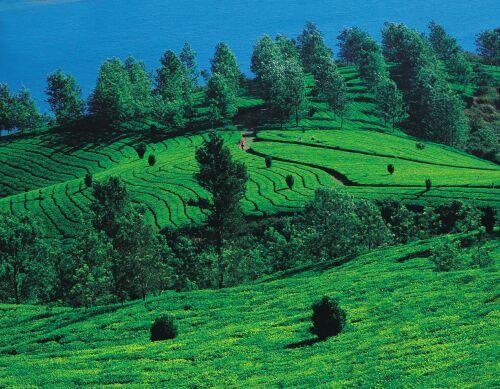 You may not often think of hill stations near Mysore as the first thing that comes to your mind when you hear of Mysore is palaces. But there are many hill stations around the city of Mysore which act as ideal getaways for people across the country.

Here are some of the Hill Stations which are in proximity to the city of Mysore: 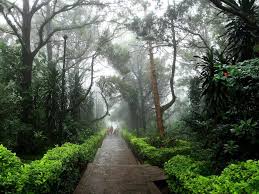 Just at a distance of 60 kilometers from the city of Bangalore and about 240 kilometers from Mysore lay Nandi Hills. Also known as Nandidurga, this place acted as a summer retreat for the great Tipu Sultan, who ruled Mysore during the 18th century. It was the British that frequented the place during their area in order to build gardens and Bunglows that now act as perfect residences for tourists on a holiday. The Nandi Hill, which is 1478 meters long, is the source for several rivers. There are several wild animals that are present in the jungles surrounding the hills.
Distance from Mysore: 240 kilometers
How to get there: private cabs which charge from INR 8 to 13 per kilometer depending on the car hired. 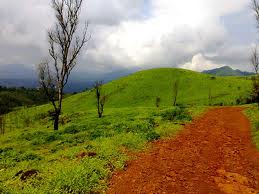 Situated in the Baba Budan Hills, and 235 kilometers away from the city of Mysore, lies the hill station of Kemmanagundi. It acted as a summer holiday destination for the Maharaja of Mysore, Krishanaraja Wodeyar IV and hence the place is also known as KR Hills. Near Kemmanagundi are the Hebbe falls which is 168 meters high and is interrupted midway by a rock shelf before it falls downwards. The place also plays host to the Kalahatti Falls.
Distance: 235 kilometers from Mysore
How to get there: trains stop at Tarakere (32.1 km), which is the nearest railway station as well as transport provided by state transport buses. However, the most preferred option is to drive through in private cabs. 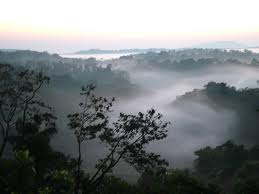 Just 91 kilometers from the city of Mysore lies Madikeri. It is the district headquarters of the Kodagu district. It is well known for its tea and coffee plantations. Other famous tourist attractions include the Madkieri Fort, Raja’s Seat, Abbey Falls, Bhagamandala, Nisargadhama and the Harangi Dam. It has become a famous tourist hotspot in the state and is well frequented considering its proximity to Mysore.
Distance: 91 kilometers from Mysore
How to get there: Volvo buses services are regular to Madikeri as well as private cabs which charge as per their tariff plans. 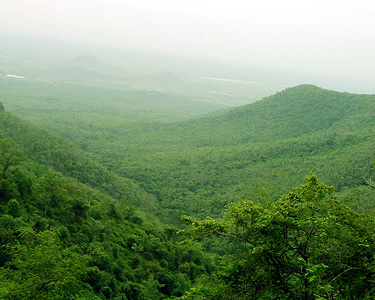 The Biligirirangana Hills, situated 120 kilometers from the city of Mysore is a Hill station which is also known as BR Hills. It is located between the two major rivers Kaveri and Tungabhadra and encircled by deciduous vegetation across the 16 kilometers that it spreads across from North to South. It also has a large variety of Wildlife inspite of it being almost 6000 feet above the sea level. The best time to visit this place is from October to May.
Distance: 120 kilometers from Mysore
How to get there: by road from Mysore through private cabs. 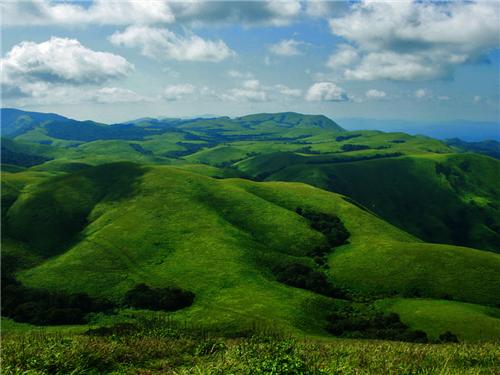 One of the most famous tourist destinations close to Mysore is that of Coorg. It is one of the most visited places in South India. It is located 82 kilometers from the city of Mysore. It is famous for its coffee plantations and Sandalwood Trees and acts as a visual treat for tourists. The famous Abbey Falls are in close proximity to Coorg. It is also host to a 200 year old Omkareshwara Temple which is dedicated to Lord Shiva. It is also famous for its Nagarhole National Park.
Distance: 82 Kilometers from Mysore
How to Get There: Trains from Mysore as well as Taxis which may charge close to INR 2500 for a round trip. AC Bus services from Mysore are also available. 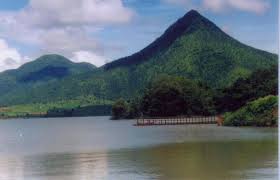 The hilly wetland of Chikmangalur is the district headquarters of the district of the same name. It is located 180 kilometers, which is a three hour drive from Mysore. In the regional language it is known as ‘The land of the Younger Daughter.’ It is famous for its coffee plantations and is also known as 'Coffee-Land' and 'A Coffee-Lover's Paradise'. It is also popular for wildlife tourism and acts as an ideal escape from the concrete jungles of the city. The many waterfalls that are present here attract a lot of tourists here annually.
Location:  Chikmangalur is 180kms away from Mysore.
How to Reach: The distance between Mysore and Chikmangalur is 148kms. You can drive down or avail the local bus service and can reach in 3 hours approximately, through road.

These are some of the major hill stations closer to the city of Mysore. The number may spoil you for choice since, every destination has a peculiar quality of its own and but your choice would always prove correct since none will let you down!