Hockey and Cricket in Mysore 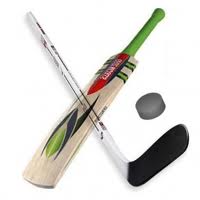 Hockey, the national sport of India has always been a sport of pride. Earlier it was not much opted by people as they have been more interested in Cricket and other sports. But now it has started gaining attention among people and they wish to be a part of it.

The Mysore wing of Karnataka State Hockey Association has basic aims and objectives which are:

The cricket team of Karnataka was first known as Mysore cricket team. In 1973 it became the official Karnataka team and won the prestigious Ranji Trophy seven times nationally. Cricket can be considered to be an important sport in Mysore and is very popular among the common people of Mysore. In the Mysore area various cricket league games are conducted under the state’s Karnataka’s Cricket’s Association. The league has three divisions and one day matches are held between the exiting three leagues and other Mysore local cricket clubs.

One of the important cricket coaching centers in Mysore is the Mysore Gymkhana. This cricket coaching center has existed for over sixty years and it birth can be traced back to the 1930’s. Over the years the club has created awareness among the residents of Mysore for cricket and other sports. The club had its own team which participated in many local tournaments and first division cricket. It also has contributed in various social and cultural causes thru its members. Its members have been eminent people of Mysore like Prof. M. Ananthaswami Rau, Sardar K. Basavaraj and C.B. Jaya Rao.

The popular Gangothri Glades cricket playing ground is the center for Mysore RC-KSCA cricket coaching center. The area where cricket training is imparted remains imparted and this coaching center has its own independent committee which regulates its activities. Its main aim is to create awareness and popularize the game of cricket. The academy center boasts of nine turf pitches and one concrete pitch.

With the presence of these coaching centers, people of all the ages enjoy the game and make it one of the most popular sports in Mysore.

Comments / Discussion Board - Hockey and Cricket in Mysore