The Jains do not practice the method of worshiping any God and they are considered as aesthetics but the Jains have greatly contributed to their monumental structure by the construction of magnificent temples in several parts of India. They have not only constructed temples but at the same time the Jains have also laid down certain rituals that are required to be practiced while visiting their temples. Purification of the soul by means of asceticism and meditation, putting an end to misery and attainment of nirvana or highest liberation stands as the main aim of human existence. This is a goal that the Tirthankaras have been successful in achieving. In order to meditate on the Tirthankaras and their qualities and also to make great progress in the field of getting purified by soul and attaining nirvana, the Jains, visit those temples where they find the images of the Tirthankaras installed. Jains do not practice worshiping God for prosperity and grace that is materialistic. 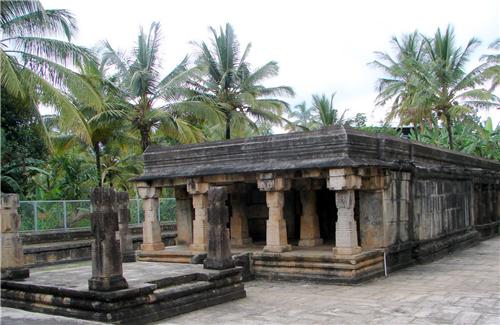 Administration of the Temple

The administration of the Jain Temple in Mysore is carried out by foundations that consist of members who have patronized religious activity throughout their life. The Jain Temple in Mysore belong to the Digambara and the Swetambara sects. Certain castes within the Jains or certain regional groups patronize the Jain temples but these temples remain open for people of all communities. There are many Jain temples that have been established by Jaina foundations that they also include Dharamshalas, schools, libraries, rest houses, research institutions, colleges, publishing houses, hostels, students and even veterinary hospitals. There are many Jain temples that also own silver chariots, precious jewelry and various other objects that are very expensive and are generally used for the purpose of rituals and worship.

Design of the Temple

The visitors are required to remove shoes at the entrance of the Jain Temple in Mysore. The Jain temples in Mysore often have their own water resource that they use for the purpose of bathing both for the participants and also the image. The inner room of the temple has the cult image installed. The inner room is a kind of chamber that remains secluded from rest of the temple and even from outer hall. A wall with a door is use for the seclusion of the chamber where the door can be rocked very easily. The outer hall that is found in front of the inner room consists of a small shrine possessing very small ritual images. There are huge tables placed in front of the outer hall that consist of offerings such as fruits and rice grains. The surrounding wall is separated from the inner room by means of an empty space that is used in the form of a circumbulatory path. There are some large Jain temples in Mysore that consist of dual shrines and worship halls. One shrine and worship hall is meant for regular worship by people. There are many types of musical instruments also found in Swetambara temples for the purpose of rituals. One corner o the temple is always kept reserved as a place for the preparation of paste of sandalwood that is used in regular rituals. Jains always put a mark of sandalwood paste on the forehead when they pay a visit to any of the Jain temples. The cult image is considered to be the main image in any Jain Temple in Mysore but apart from the cult image there are smaller shrines of Jinas found in the inner rooms of the Jain temples. Paintings of Goddesses, Gods and even pilgrimages are found on the ceilings, walls and pillars of the Jain temples. One corner of the Jain temples also consists of Kshetrapala which is a very small form of shrine that is worshipped in the form of guardian deity that is popular among villagers.

Construction and History: Shri Shantinatha Basadi temple was constructed in 1896 and it was previously located within the premises of the Palace of Mysore. But as the Jain influence in Mysore administration began deteriorating, the then king of Mysore decided relocating the temple in the exteriors of the Mysore palace. Historically, it has been proven that the king of Mysore was so very desirous of removing the temple from the palace premises that he did not listen to the warning of the scholars that removing the installed idol of Bhagwan Shantinath and Bhagwan Parswanatha would not be good for the kingdom of Mysore. It is also said that because of the removal of the installed idol and also the temple, the Palace that was made out of wood got burnt during the marriage of the then king of Mysore. Being disappointed at this incident, the king took up special initiative of constructing the new temple and the inauguration of the temple was carried out in a very grand manner and a Pancha Kalyana Mahotsav was also organised during the inauguration of the temple.

Pancha Kalyana Mahotsav was again conducted in the year 1996 for the commemoration of the temple centenary. Swasti Sri Charukeerthi Bhattarakha Swamiji took up the initiative of organizing the Pancha Kalyana Mahotsav under his kind supervision. Swamiji belonged to the Shravanabelagola Jain Mutt. The maintenance and the administration of this temple is under the control of Shri Shantinatha Seva Samiti located in Mysore. The annual pooja or the Mahotsav of the temple is held by the Samiti during July on the auspicious day of Shri Shantinatha Moksha Kalyana.

Shri Parshwanatha Temple is another very famous Digambara Jain temple which is located in an area known as Chamundipuram in Mysore. The exact location of the temple is Jain Brahman Vidyarthi Nilay at Chamundipuram and the chief deity in this temple is Bhagwan Parshwanatha.

This is one Jain temple that is found within the residential premises of Mr. Anandkumar in an area known as Jayanagar in Mysore. This temple also has Bhagwan Parshwanath’s idol as the chief deity.

Swasti Shri Bhuvanakeerthi Bhattarakha Swamiji belonging to Kanakagiri Jain Mutt consecrated this temple under his guidance in 2003. The temple is located within the premises of Sri Mahavir Jain Hostel located at Tonachi Koppal Layout in Mysore.

Shri Kunthunatha Basadi is located in an area in Mysore known as Indira Nagar or Ittegegood. This temple consists of Bhagwan Kunthunatha’s idol as the chief deity. The temple also consists of the idols of Bhagwan Parswanatha and Bhagwan Vasupujaya on the left and the right side of the main idol. The inauguration of this temple was held on 18th May 1997. The temple also consists of paintings of Shatrujana hill and Sammeda Shikarji.

The statue of Bhagwan Sumathinatha is the chief deity of Shri Sumathinatha Basadi known as mulanayaka. The statue of Bhagwan Parshwanatha and Bhagwan Shantinatha is placed on the right and the left side of the main statue. Sri Krishnarajendra Wodeyar presented this temple to the community of the Jains on 26th May 1928. The temple is located very close to Parshwanatha Basadi. The temple also consists of paintings of different places of Jain pilgrimage and glass work portraying Jain principles. Shri Sumathinatha Basadi is sited very close to the Sangam theatre in Mahavira Nagar area of the city of Mysore.

The statue of Bhagwan Vasupujaya is worshipped as the chief deity of this temple and it also consists of the statues of Goodi Parshwanatha and Bhagwan Mahavira on the right and the left side of the main deity. All the idols within the temple are located on the first floor and the ground floor of the temple consists of statues of Dada Manidhari Jinadutta Suri, Dada Jina Kushal Suri and Dada Jinadutta Suri. The maintenance of the temple is taken care of by Jain Dhadawari Sangh and the temple is sited on the Tyagaraja Road in Mysore.

Gurumandir is located in Manasara Road in the Indiranagar area of Mysore and it was constructed in 1999. The temple consists of a very huge prayer hall on the first floor and there are rooms for Jain saints built on the ground floor of the temple. Sanathana Jain Mandal in Mysore looks after the maintenance and the administration of the Mandir.

This is another temple with the chief deity being Bhagwan Shantinatha and the location of the temple is behind Devaraja Urs Road.

The temple has its chief deity as Lord Munisuvrata, the twentieth Jain Tirthankara and is located on the Vinaya Marga in the Siddhartha Nagar area of Mysore. This temple came into being in the year 2003.

Mysore is located 139 kilometers away from Bangalore and about 117 kilometers away from Hassan. The city is very well connected by road and rail with the other important cities of Karnataka and even India. There are many hotels and lodges available in the city that can be of great help for the people who visit Mysore. The temples of Mysore are considered to be the main tourist attraction of Mysore. Not only the Hindu temples but even the Jain temples are great pieces of art and architecture and they are worth visiting. People who plan their trip to Mysore should always make it a point to visit different temples located in Mysore. Apart from the temples, there are other important monuments, palaces and gardens that can also be visited in Mysore. These places boast of the rich heritage and the culture of Mysore that has remained alive in the hearts of the people of Mysore. People of all religious communities live together in Mysore and this is infact the main attraction of the city. This cult and this feature is not only found exclusively in Mysore but throughput India.

The Jain temples that are found in Mysore speak of the rich Jain culture and tradition that existed in Mysore during the times of the Kings of Mysore.