Localities and Areas in Mysore

Mysore has been recorded as the third largest city that comes under the state of Karnataka in India. This city stands majestic with many royal palaces surrounding it and it was once once the capital city of the Kingdom of Mysore. It existed as the capital for more than six centuries that happened between the year 1399 until 1947. The Mysore city is completely located on the base of the most famous Chamundi Hills that starts flowing around the Bangalore city and ends up in Mysore. Mysore is covered with an area of about 128.42 square kilometers that is equal to 50 sqm. The national census of India has made a report during the year 2011 stating that, the Mysore city has got an overall population of 887,446 numbers of people living in this cosmopolitan city. The males are 443,813 and the females are 443,433 in terms of the population in Mysore. The civic administration in Mysore is taken care by the Mysore City Corporation that also acts as the headquarters of Mysore. 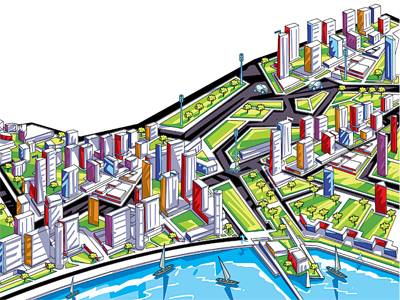 Mysore is a well planned city and it has been divided into 65 wards. Each and every ward has a corporator, who gets elected by the citizens who live in Mysore. The election takes place every five years. The mayor of the Mysore City Corporation is elected by these corporators. The Corporation has been maintaining various activities in Mysore and it has recorded around 426 crores of India rupees as the Mysore city annual budget for the year 2011. Each and every single money from the budget has been spent for various basic needs and it has made Mysore to bag the Nagara Ratna award by naming it as the second best municipal corporation in the year 2011. Mysore takes part in the Lok Sabha constituency by electing one member to it from the city of Mysore. The Karnataka State Government gets four representatives from the Mysore city. The candidates get elected from Krishnaraja, Chamaraja, Chamundeshwari and from Narasimharaja.

Mysore is not only a tourist destination, it is the best work area and many corporate companies have already made their footpaths in this city in the past years. Mysore is the second largest city when compared to Bangalore and this is the main reason that has made many corporate companies to start their branches in this city. IT Companies like Infosys and Wipro have established their branches in Mysore. Many other IT Companies, namely, Cognizant Technology, IBM, Accenture and Honeywell will surely extend their company by opening their branch in Mysore in the upcoming days.

The apartment concept was new to Mysore in the past years, yet,  the Brigade group, Mittal, Puravankara Projects, Premier Properties, Sobha Developers established the residential area that acts as a bridge to make many IT Companies visit Mysore in the past few years. The Puravankara Project is said to in function in a total area of 8 acres in Mysore and they are currently developing the most stupendous and the luxurious homes in two major locations in Mysore city. The company will get more lands in the future and it can turn the city into a metropolitan city in the near future. An integrated township will be created when the expressway gets completed in Mysore.

Mysore has some high-end residential areas like Jayalakshmi Puram, Gokulam, VV Mohalla, Lalith Mahal Road, Yadavgiri and many big celebrities and business people live in these residential areas. JP Nagar, Siddhartha layout, Vijay Nagar, Rajiv Nagar and Chamundi Hills are the upcoming high-end residential areas in the city of Mysore. As Mysore has already been developed with many national and regional developers, the city is said to get more multi-storey and integrated projects in the upcoming years. The multi-storey residential project will be happening in a few years, as Mysore has been floating up with a huge population. The local developers like Sankalp have already created the Sankalp Central Park that is said to hold nearly 1500 apartments at a space of 1.3 million square feet.

The whole city of Mysore has got many traditional shopping complexes in and around the city. There are three different malls in Mysore that are different in terms of its size. The Prozone in Yadavgiri covers a total area of 8,00,000 square feet and Habitat Shelters in the Hunsur Road covers an area of 3,00,000 square feet. There are many upcoming malls getting constructed in Mysore. The Knight Frank India has established a mall in an area of about 5 acres nearby the Mysore Palace. Shopping in Mysore is really a great experience as one can easily find any type of product in these malls. The Bangalore-Mysore road is the hub for the retail activity in the city of Mysore.