Martial arts are promoted as a real unarmed combat situation which helps to protect ourselves in any adverse situation. Martial art teaches self-discipline and allows you to release stress and feel rejuvenated. It takes your energy to a new level. 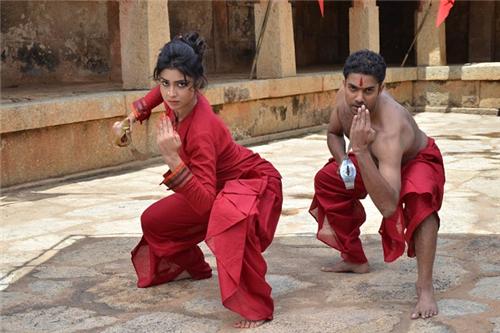 There is a sizable increase in demand of Martial arts training classes in Mysore. This is because of rising rape cases and assault on girls at the recent past. Boys also learn it with passion and dedication as knowing martial arts are like icing on the cake to their macho personality. Martial Arts bring confidence in individuals. They hone their skills in defense techniques and become capable of facing any unexpected attacks.  Judo and karate are two important parts in martial arts. Karate is a combating technique designed   for self defense and maintains a highest level of fitness. Mixed Martial Arts is a combination of Judo, Karate, Taekwondo, Muay Thai, Brazilian Jiu-Jitsu, Kung fu, Kickboxing, Taichi etc. MMA is a complete combating technique that allows the use of striking and grappling methods.   It is a fighting sport where competitors are pitted against each other with rules aimed at the adequate safety of the contestants. Its safety rules have made it popular and promoted mainstream acceptance of the sport.

Martial arts classes are mushrooming in Mysore like anything.

Shorin-ryu-seibukan Karate School's Sensie Shivads and martial art trainer Prajwal conduct workshops to train women and girls in private institutions and girls. The School has developed techniques especially for women of all age group in the city. Women and girls are showing interest in self-defense methods following attacks of molestation and rape on girls of late. These workshops are attended by all age group of females, from children to homemakers. Adults have become health conscious now and martial arts provide excellent fitness solutions which make martial arts most sought after sport of modern times.
Address:
No. 231, Mahadeshwara Layout
Vijayanagar 2nd Stage
Mysore, Karnataka 570016
Phone: 0821 251 7273

The Okinova Karate School of Arts in Mysore has 15 branches in Mysore because people seeking martial training have increased manifold in the recent past. The karate school has conducted a workshop and demonstration at GSSS College, JCI Government College and other private organizations. Over 100 women have been trained under the sponsorship of the school in the past two months.
Okinova Karate School is sincerely providing training in a methodical manner. As many as 186 students took the examination, of which over 180 have qualified. Credentials and belts have been issued to them by the school management.
Address:
No. 231, Mahadeshwara Layout
Vijayanagar 2nd Stage
Mysore, Karnataka 570016
Phone: 0821 251 7273

Indian Martial Arts Training and Research Academy and Negilayogi Samaja Seva Trust Mysore have come up with free karate and self-defense classes. They conduct one month long summer camp in summer vacation with a catchy slogan 'Karate for all, karate for health and karate for self-defense'. The camp will be concurrently held at Vidyavardhaka Educational Institution, Negilayogi Maruleshwara Samudaya Seva Bhavan, Kuvempu Vidya Parishat and Vyshali Convent in Siddharthanagar. Martial arts trainers conduct the classes from 6am to 8am. In Kalaripayattu (mother of all martial arts) training classes are being held in Mysore.

Mr. Vinod Kumar is coaching at Sri Nityananda Ashram, near the foothills of chamundi betta. It is the registered branch of its parent unit, PKB Kalari Sangam of Kerala. There is a famous academy of martial science in Krishnamurthy Puram, Mysore.