Music plays an extremely important role in our lives. Somehow our lives do not seem completed without the role of music in it. Some listen to music in times of joy, some during sorrow, and some during their spare time or even to relax their minds in these highly stressful times. Somehow, we do not have enough landmarks that pay tribute to this glorious thing called music. However, the city of Mysore, which has a little bit of everything in the city, has a museum dedicated to the different kind of music genres. The museum is hence rightly named Melody World Wax Museum. 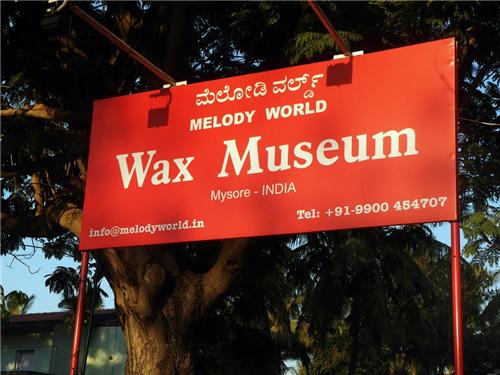 On Display in the Museum

The Melody World Wax Museum is the only Wax Museum in the Mysore. The museum consists of a display of various musical instruments coupled with life size wax statues of musicians playing these instruments. It is a one of its kind wax museum across the globe. The museum was established by a Bangalore based IT Professional named Sreeji Bhaskaran. He created this museum in order to pay tribute to musicians from all over the world. The museum consists of various kinds of musical instruments used not only across the country but also across the world since the ancient times. The museum is the third wax project constructed by Bhaskaran after ones in Ooty and Old Goa. 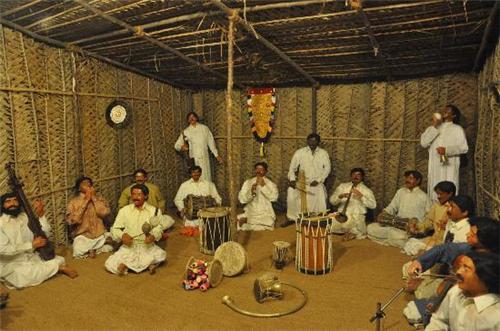 The museum has 19 galleries consisting of over 110 life size wax statues and more than 300 Indian and Western Musical instruments. The instruments span across all eras from the Stone Age to the modern age. The statues are set in different stage settings throughout the galleries. The attractive exhibits of bands include Indian Classical Hindustani and Carnatic, Jazz, Rock, Hip Hop, Punjabi Bhangra, South Indian, Middle East, Chinese, etc. The museum also has lovely representation of tribal music and its instruments.

The museum also has statues pertaining to social relevance as well. There is a grand statue of the erstwhile ruler of Mysore, Nalvadi Krishnaraja Wodeyar, which is a special attraction of the museum. It also has statues that depict the ever widening gap between the rich and the poor. The passion in art is very evident in each statue on display.

The audience at the museum ranges from all age groups; the young as well as the older generation. Some of the statues at display have been sourced from abroad. The process of creating a statue is a very complicated one and it takes almost 50 kg of wax to create one life size statue. The cost involved in creating one statue ranges from 3 lakhs to INR 15 lakhs depending on the skills and technology used for carving the sculpture. Cosmetic colouring is only used during the final stages of the creation of the statue. The eyes and the teeth used in the sculpture are artificial while the usage of hair may be natural of synthetic depending on the requirement of the life size sculpture.

The statues and instruments put on display at the museum are not for sale. However, there is a section which consists of various musical instruments which can be played by any of the visitors.

Address:
Melody World Wax Museum
Kurubara Halli, Siddartha Nagar
Mysore, Karnataka 570011
Phone: 099 00 454707
Entry Fee: There is an entry fee of INR 30 for entering this section of the museum. There is an additional charge of INR 10 for people wishing to carry still cameras into the galleries.
How to Get There: The museum can be reached through any part of the city of Mysore by means of taxis or auto – rickshaws. The museum, located on Vihara Marga, Sidhartha Layout.
Timings: The museum can be visited on any day of the week between 9:30 AM and 7 PM.

This museum adds to the already glorious list of Museums and palaces in the city but it makes a must visit prospect considering it pays a rich tribute to music. an must visit for music lovers!