There is a reason why certain structures end up going down as monuments in history. If the Taj Mahal is a monument of Love, the Eiffel Tower is an Engineering marvel, among many others, there are structures in every city that are monuments in their own right. 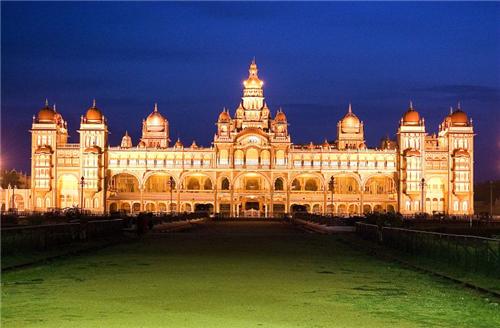 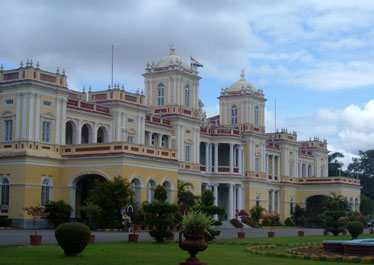 Mysore has been renowned for its palaces across the world. These palaces are not only known for having large areas, but also for the way in which they were constructed which indicated their planning efficiency during those days. The Cheluvamba Mansion is another such example of a well constructed palace. The erstwhile ruler of Mysore, Maharaja Krishnaraja Wodeyar IV built palaces for all of his three daughters. The Cheluvamba Mansion was the one built for its youngest daughter – Princess Cheluvajammanni in the year 1910 - 11. It has a huge area and is surrounded by gardens. It consists of twin towers and recessed domes and verandahs made of grand columns. All the rooms have been very well constructed and hence are ideal examples of the architecture during those times. The palace has been located in the north – western part of the city near the railway station. The Central Food Technological Research Institute has now been housed in the mansion. The CFTRI is responsible for the maintenance of this palace and they have done quite a good job with it. It has been built on an elevated structure and hence has a good view of the city. 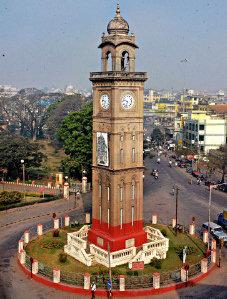 Another important landmark in the city of Mysore is the Dodda Gadiyara or the Bigger Clock Tower.
The clock tower was built in order to commemorate the completion of 25 years of the rule of Nawadi Krishnaraja Wodeyar. Hence it is also known as the Silver Jubilee Clock Tower. It is about 80 feet in height and has a dome at the top. A unique feature of this is that the numerals used to indicate the time are in Kannada which is the official language of the state. It is also known as the Dufferin Clock tower as it is named after a former viceroy, Lord Dufferin. It is located right at the heart of the city and shared proximity with all important structures like the Town Hall, Chamaraja Circle and the Mysore Palace. 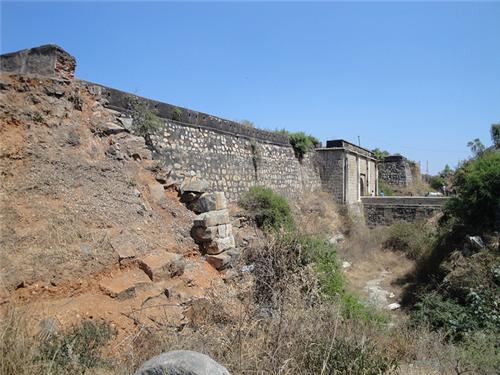 Considered to be one of the most formidable forts in the country, the Srirangapatnam fort is located on the island of Srirangapatnam. It was built first during the 15th century AD under the rulers of the Vijayanagar Empire. However, the latest design visible on the fort was built by the great Tipu Sultan during his rule. Tipu Sultan built the fort with the help of many French engineers in order to meet the defence requirements of those times. This double enclosure ford is built with massive granite blocks that are abundant in this region. The inside of the fort rampant are made of mud and rubble masonry. You’ll find a large number of military, religious and civic structures inside Srirangapatna Fort. The important military structures include the many armories used for storing gun powder and ammunition, the bastions where the long range cannons were mounted, Dungeons where the captured prisoners were kept.

These are some of the most memorable monuments in the city of Mysore which would always go down as some of the greatest historic works of architecture ever!