History is one part of our life to which people have mixed responses. Some love it; some hate it, while some completely admonish it! For the ones who love history and want to be in constant touch with it, their favorite place to visit on an outing would not be a beach, or a shopping mall, but it certainly would be a museum. 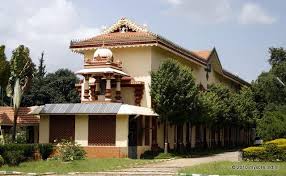 Often it happens that when one aspect becomes the identity of a particular place or a city, it completely overshadows the other ones which are also equally worthy of becoming the identity of the city, but somehow do not get noticed! Similar is the case with the city of Mysore, which inspite of being the cultural capital of the state of Karnataka, is still known as the city of Palaces. However, there are many other things apart from just palaces which are worthy of a visit in Mysore, and those places are the museums. The museums in Mysore are a part of their cultural identity as well as the flag bearers of the city’s golden history. Here are a few museums in the city of Mysore

Showcasing the history of the Wodeyar family who were the erstwhile rulers of the city of Mysore is the Private Residential Museum. It consists of the collection of the various objects related to the day to day living of the royal family of Mysore. It is located within the iconic Mysore Palace and it is attached to the old portion of the palace which is known as Karikal Thotti. The museum was set up by Srikanta Dutta Narsimharaja Wodeyar, the heir to the Mysore Royal Family who wanted to showcase the true glimpse of royal living in India. The visitors are also let into some of the rooms of the palace which includes the one used by HH Krishnaraja Wodeyar. It is located 3 kilometers from Mysore Railway station and 1 kilometer from the city bus stand. It is open to visitors daily between 10 AM and 5:30 PM and it remains illuminated between 7 to 8 PM on Sundays and Public Holidays. Footwear needs to be left outside before entering and photography is strictly prohibited within the museum. 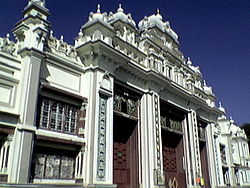 The Jaganmohan Palace was converted into an art gallery named after HH rajarshi Jayachanarajendra Wodeyar in the year 1955. The gallery also includes the largest collection of artifacts in the southern part of India. Prominent among the collections of paintings and other collections are the works of the iconic painter Raja Ravi Verma, which include depiction of scenes from epics like the Ramayana and Mahabharata. The number of paintings in the gallery crosses 2000 and includes all styles of paintings from the Mughal era to even Shantiniketan. 16 paintings of Raja Ravi Verma were donated to the gallery by HH Jayachamarajendra Wodeyar. A highlight of the gallery is a painting known as the 'lady with the lamp' which was painted by the famous artist Haldenkar. It is the only painting in one seperate dark room in the palace.  You can pay a visit to the museum any day of the week between 8.30 AM to 5.30 PM. The entry fees here for adults are INR 20 and for children upto the age of 10 is INR 10. 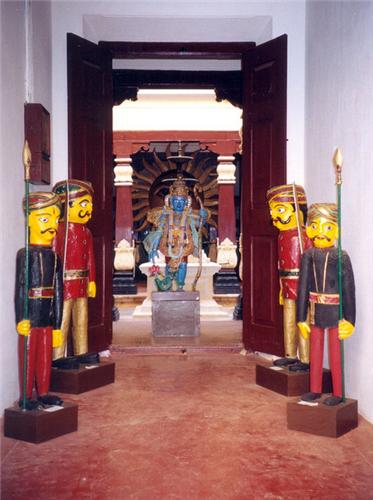 Also known as the Folk Arts museum, this museum consists of the different kinds of folk, arts and craft from all over the state of Karnataka. The museum was founded in 1968 and has a collection of more than 6,500 folklore exhibits. The famous exhibits here include a famous crown of Hanuman from the northern part of Karnataka, ink preparations which are as old as 200 years old from Chitradurga, costumes of folk dramatists from Andhra Pradesh as well as costumes of Kathakali from Kerala. The museum is close to the Kukkarahalli Lake and people visiting the museum do have a walk on the lake bund to complete their journey. The museum is open daily between 10 AM to 5 PM except for Sundays.

Another well maintained private museum is the Viswam Museum, which is located inside the Ganapati Sachchidananda Ashram. Spread over three floors, this museum has a large collection of natural stones and natural carvings which are on display. The museum also consists of a huge Bonsai Garden which is the largest in the country. Also, a huge terracotta sculpture of Mulikeswara, which is one of the biggest sculptures in the country, is also a part of the museum.

Located on the foothills of the Chamundi Hills on National Highway 212 is the Godly Museum. As the name suggests, this is a museum based on the divine theme. The huge and brightly painted statue of Mahishasura is a part of the museum. Photography within the museum is strictly prohibited. The Chamundeshwari temple is located atop the Chamundi Hills.

The National Museum of Mankind is a part of the Indira Gandhi Rashtriya Manav Sangrahalaya which has its headquarters in Bhopal. The headquarters of South India is located at Mysore. It functions inside the historic Wellington Lodge near the KSRTC Bus Stand. It houses the traditional house setup as well some terracotta artifacts.

These museums, though most of them being part of palaces are worthy to give the palaces a run for their money! Historians! You would certainly have the time of your lives here!