Mysore to Ooty by Road

Road trips are the most beautiful part of a traveling journey. The beautiful landscapes that pass by, the breeze that strikes your face, the food on the roadside dhaba, it’s all like a dream. It’s not only us common people who like road trips; they have been glorified by Bollywood as well through Dil Chahta Hai to a certain extent and by Zindagi Na Milegi Dobara! 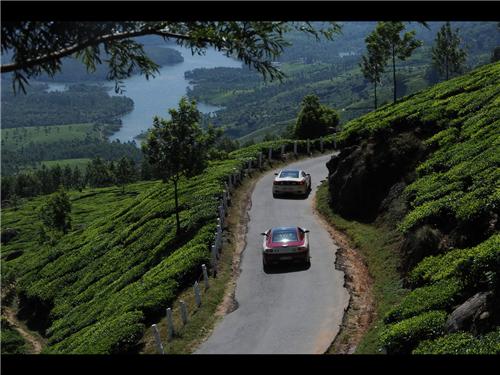 The prospect of a road trip becomes even more delightful when you travel by road to a hill station. When you hear of a road trip to Ooty, you are bound to jump in your seat as images of those lush tea gardens, beautiful lakes, cool climate all flash through your mind within seconds. But traveling from Mysore to Ooty could be a difficult task if you may not know the way since hill stations are often difficult to reach. Following this map could make your task fairly easier;

The Road Map - Mysore to Ooty

The distance from Mysore to Ooty is approximately 150 kilometers. With traffic cooperating, the destination could be reached within three hours at the maximum.

The first task when you set out to Ooty from Mysore is to get to the Highway. The Kerala bound National Highway (NH – 212) is the one which connects Mysore to Ooty. The highway can be reached from the south eastern part of the Mysore Palace Compound. The JLB Road or the Outer Ring Road can also be taken in order to reach NH – 212. The NH – 212 begins from the Nanjangud Road. Reaching Nanjangud Road could be a difficult task considering the stretch is always full with dense traffic due to the numerous trucks and buses on that stretch.

Just 43 kilometers ahead of Nanjangud is the town of Gundlupet. The traffic reduces on this stretch to a certain extent; however this is a busy stretch as well.  20 kilometers ahead of Gundlupet is where the road branches out into two parts. The right turn heads into NH – 212, which leads to Calicut in Kerala while the straight road is the beginning of National Highway (NH – 67) which first leads to Bandipur National Park and then to Ooty. It is the straight road which is to be taken while heading to Ooty. As mentioned, with co operation from traffic, you would be half way through your journey on this point which is about one and half hours.

After a 20 minute to half an hour drive on NH- 67, you arrive at a village known as Hungla. You would be desperate for a break since you have been driving for the past two hours. It is at Hungla where you turn right and head to the Gopalaswamy Temple which is about 4 kilometers after turning right. Half a kilometer ahead, you would arrive at Pugmark Restaurant, where you could freshen yourself up and also have refreshments. Another kilometer after starting from the Pugmark Restaurant is when you arrive at the Bandipur National Park. 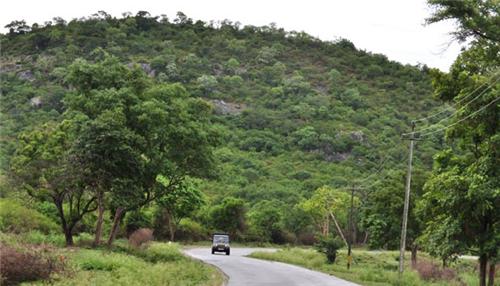 Driving Through the Forest

The Bandipur National Park is where you need to drive through a forest. There are certain rules and regulations which you need to follow while you drive through the park. Do not get out of your car. Halt well ahead to give way if you find wild animals crossing your path. Don’t honk and so on. In short safely cross the forest without disturbing the wildlife. The road then turns into a one way about 3 kilometers ahead and a further 8 kilometers; you arrive at the Karnataka – Tamil Nadu Border. Crossing a bridge over a stream and an arch, you enter into the state of Tamil Nadu where you are greeted by a check post of the state.

Going Through the Towns

Five kilometers ahead of the border is when you arrive at a town known as Theppakadu. The town is the place where you can choose two routes to reach Ooty; one via Gudalur and the other one via Masinagudi. Usual traffic to Ooty passes through Gudalur while the people ready for an adventure can take the route through Masinagudi. The straight road (NH - 67) takes you to Gudalur which is 18km from Theppakadu. This is a relatively large town you would cross after Gundlupet. Another 28km ahead and you will pass the Pykara (one of the Ooty’s attractions) lake. From Pykara to Ooty town is about 20km.

For people who want adventure on their trips, choose the route through Masinagudi. A left turn from Theppakadu, leaving NH – 67 and driving a further seven kilometers, you will arrive at Masinagudi. It is a very popular destination among trekking fans. The adventure begins six to eight kilometers ahead, where you arrive at the Ghat section in which you will have to negotiate steep climbs and 36 hairpin bends!

For about 15 kilometers, you will constantly be in first and second gear trying to negotiate the bends and steep climbs. On one side is the mountain cliff and the other side is a gorge. So your driving needs to be extremely cautious on this route. An advice given to motorists is that to keep safe distance of a vehicle ahead of you since the roads are not suited to breaking patterns like those in the city. Also, while taking the route via Masinagudi, you need to travel during the day time since the Masinagudi road is closed during the nights.

At the end of the ghat, you arrive at a place called Kalhatti, where you can stop and have a look at the clouds passing through you. A detour of 3 kilometers would take you to the Kalhatti falls, while the straight road for 10 kilometers would lead you to Ooty!

These are the various ways by which you can get to Ooty from Mysore. There is a route for the straight
travelers as well as for the ones who like something ‘Toofani’ in their journey. So pack your bags and experience a memorable road trip!

Comments / Discussion Board - Mysore to Ooty by Road