Nanjangud is a town in the Mysore district in the Indian state of Karnataka. It is roughly 23 kilometres from the city of Mysore. The main thing which nanjangud is famous for is the Srikanteshwara Temple. This town is also called the Kashi of the south or “Dakshina Kashi”. Another famous thing of the town is the bananas which were grown in the region. Just like the Kashi Vishwanath temple in Benaras, the temple of Srikanteshwara is dedicated to the Hindu God Shiva, also called Sri Nanjundeshwara. The town has been a major centre for worshipers of Lord Shiva for nearly a thousand years. This temple was originally built by the Ganga Rulers in the 9th century. 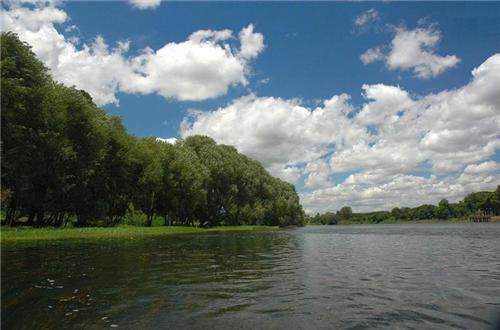 Apart from the Srikanteshwara temple, there is Parashuram Kshetra near the town, where there is the sangam (meeting) of Kapila and Kaundinya rivers. This place is called Parashuram Kshetra because it is the place where the sage Parashuram is said to have cleansed himself from the horrifying sin of beheading his mother. Nanjangud is said to have the oldest bridge in India which one another tourist attraction. This bridge across Kabini has been declared as the oldest bridge with both railway line and road on the same bridge.

Nanjangud is quite famous for the Ayurvedic medicines manufactured by the Sadvaidyashala established by the Late Sri B.V. Pandit, which the serves the people very efficiently. The Ayurvedic medicines manufactures over here are sent and marketed all over India. There are many famous industries located around the town. Some of them are Nestle India Ltd, Bacardi Rum, South India Paper Mills etc.

There are many places to stay in this town. It ranges from the economical Accommodation offered by the temple to various lodges and hotels, though none of the lodges or hotels has online reservation services available. There are no star hotels present in Nanjangud right now. There are many choultries (dharmashala) within 1 km radius of the temple where tourists or pilgrims to the town can put up for cheap.

The town of Nanjangud is developing at a faster pace than Mysore. The place has more than 100 industries with more than 10, medium to large scale industries. Nanjangud has a very pleasant and comfortable weather throughout the year. It would be a good place to visit if you wish to shake off your languor, ennui and recharge yourself for both in mind and body.

How to Reach Nanjangud?

It’s easy to reach Nanjangud by rail, road and even by air. From the state capital Bengaluru one can take the State Highway 17 which goes to Mysore and then towards Nanjangud covering a distance of 163 Kilometers. Nanjangud has a railway station which again runs from Mysore to Nanjangud. The nearest airport to Nanjangud is 15 Kilometer on the highway between Nanjangud and Mysore.