Mysore is the third largest city in the state of Karnataka in India. The culturally rich city got its name from the Mahishasurana Ooru that was known as the town in Mahishasura in the Kannada language. Mysore was ruled by the demon Mahishasura, a buffalo-headed demon in the ancient times. As a respond to save the people from the demon, the Goddess Parvati came in the form of a Chamundeshwari and killed the Mahishasura who was said to be in the Chamundi Hills in the city of Mysore. The people who live in Mysore city, celebrate this victory against the evil in a festival form named as the Dasara festival. Many people from all over India visit the Mysore city to witness the celebration. 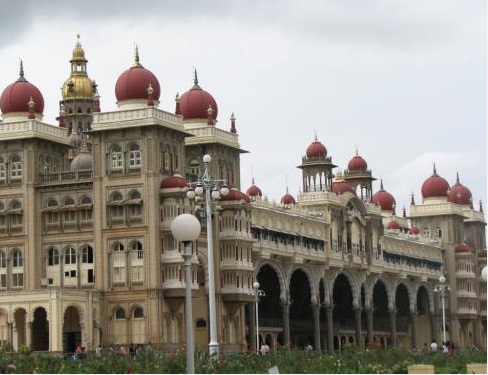 The Mysore city was once ruled by the famous Ganga dynasty in the second century. Later on, the Cholas, Chalukyas and the Hoysalas ruled this city. During the year 1399, the Wodeyar or Yadu dynasty was established in Mysore. The Wodeyars has ruled Mysore for more than six centuries except in the 18th century during which Haider Ali and his son ruled the whole place. Tipu Sultan also known as the Tiger of Mysore ruled this city in an effective way and during his period, many rich palaces were constructed in and around the city of Mysore.

The British invaded India made several war to capture the Mysore city from the Tipu Sultan. The British Government did kill Tipu Sultan and they captured Mysore from him. After invading Mysore, the British handed over the controls to the Wodeyars during the year 1831, yet, they took over the administration on their own with a series of Commissioners until the year 1881. Once again the city was restored to the Wodeyars after 1881. When India got its Independence from the British Government in the year 1947, Mysore became one among India's dominion. Mysore became one among the city in the state of Karnataka in the year 1956.

The Mysore Palace is also called as the Amba Vilas PAlace is located in the Mysore City in the state of Karnataka. This palace has been constructed in the past centuries and it holds a big history behind the origination of such a great palace in Mysore. The Mysore Palace was once the official residence of the famous Wodeyars, who were known as the most royal family in the city of Mysore. The Wodeyars ruled Mysore for more than seven centuries. The palace holds two Durbar halls that were once used as a royal court during the period of Wodeyars.

Mysore Palace has now turned into the most wanted and the most visited tourist attractive place in India and nearly 2.7 million people visit this Palace all around the year. One can only witness the beauty of the place with their own eyes as taking photographs inside the Palace is strictly prohibited. As it is a historically significant palace, every visitor must remove their footwears before entering into the great Mysore Palace.

Location: This palace is located right in the middle of the Mysore city.
Timings: It is opened from 10 am to 5.30 pm, all days of the week
Entry fee: Rs. 40 for the Adults and Rs. 40 for the children above 3 years of age; Rs. 20 for students

The Wodeyar kings are the one who built a palace in the city of Mysore during the 14th century. This was recorded as the first palace that was constructed in this city and it got demolished many times. The King reconstructed the palace multiple times. The famous British architect named Lord Henry Irwin was approached by the Royal Majesty Maharai Vani Vilas and by her son named Rajarshi in order to construct a new royal palace in the same place where the old one existed. The old palace that was constructed by the Wodeyar Kings got completely demolished due to a fire accident and nothing else was found in the place other than the ashes.

During these days, the royal family resided in the Jaganmohan Palace. The construction of the new Mysore Palace was commissioned during the year 1897 and it was completed in the year 1912. The palace was expanded by the Maharaja Sri Jayachamarajendra Wadiyar during the year 1940. He was the last Maharaja to rule the whole Mysore Kingdom. The construction of the Mysore Palace got fully completed by the year 1912. The beautification of the fort was taken care of and also the inhabitants from the fort got slowly shifted to the newly extended place that was built outside the palace. The Public Durbar Hall was one among the extension that happened after the ruling of Jayachamarajendra Wadiyar in Mysore.

The palace is constructed in an Indo-Saracenic type of architectural style. This type of style is a mixed version of Hindu, Rajut, Muslim and Gothic type of architecture. This style is basically a three-stone structure that gets decorated with marble domes and with a tall five-storied tower. The palace has the best and the largest garden in its surrounding. The three-storied building that was constructed using stones have gray granite and pink colored marble domes that was designed by the famous architecture named Henry Irwin. There are many arches in the palace and the central arch holds the tall pillars inside the palace.

The Jaganmohan Palace in Mysore

The famous Jaganmohan Palace in Mysore was constructed during the year 1861 by the King Krishnaraja Wodeyar III. The palace was built as an alternate retreat that was used by the royal family. The famous Mysore palace that was the home for the royal family got burnt down during a fire accident that made the royal family to shift towards this palace in the year 1912. The royal family resided in the Jaganmohan palace until the new Mysore palace construction got completed by the year 1912. During 1902, the King Rajarshi Nalvadi Krishnaraja Wodeyar got installed with the Mysore throne and the ceremony of it took place in this palace. Lord Curzon and the Governor General of India attended this ceremony. 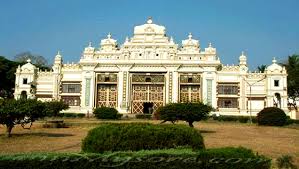 The palace was once used as a place for daily Durbar by the King of Wodeyar Dynsasty. During the year 1915, the palace got converted as an art gallery and it was renamed as Sri Jayachamarajedra Art Gallery in the year 1955. The convocations of the famous Mysore University took place at this palace for many years. Mysore had its first session in the Legislative Council at this place and it took place during the year 1907. The Legislative council was later on known as the Representative Council that was presided by the Prime Minister of Karnataka. HH Jayachamarajendra Wodeyar is the one who converted this palace into a trust and made the palace open to the public viewing.

The construction of this palace was started during the year 1822 and it got completely finished during the year 1838. The palace again reconstructed by the Krishnaraja Wodeyar who is said to be the fourth successor in the Wodeyar Dynasty. The royal would visit this place to have a great excursion with their family. The Krishnaraja Wodeyar learnt philosophy and English language at this palace. 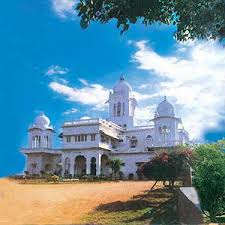 This palace was specially built for the second princess in the Wodeyar Kingdom. The construction of this palace was started during the year 1902 and it was completed by the year 1932. The palace is constructed by following the famous Indo-Greek style and it has been built in an area of 38 acres.

This famous palace in Mysore was constructed during the year 1880 and it was the school in which the young princess of the Wodeyar Dynasty studied with. The palace is also known as the summer palace as it has got a swimming pool built by following the modern style of art.

This palace was constructed for the third princess in the Wodeyar Dynasty during the year 1910. The dome at this palace adds the beauty of it and this palace is now known as the Central Food Technology Institute in Mysore.

Location: It is located on the on the Mysore-Krishnaraja Sagar (KRS) Road, in the northwestern part of Mysore. It is situated in the vicinity of  the Mysore City Railway Station.