Places to Visit in Mysore

South India presents a perfect picture of contrast in the country. You move from one place to another and the landscape presents a completely different picture as compared to the previous place. The language changes, the people change the cuisine changes as well as the culture changes. The four south Indian states, Kerala, Karnataka, Tamil Nadu and Andhra Pradesh maybe geographically bound together, but they are poles apart when it comes to different aspects of the people, culture etc.

Mysore is the third largest city in the state of Karnataka. It is one of the major tourist destinations of the state that attracts large footfalls at almost all given times of the year. It is famous for its monuments, churches, palaces as well as lakes. It is known as the cultural capital of Karnataka. The great warrior Tipu Sultan was once a distinguished ruler of the place.

The word Mysore is the anglicized version of Mahishuru, which means the abode of Mahisha that represented the demon Mahishasura that could assume the form of both Human as well as a Buffalo. Mysore is known for its tourist attractions and these places are a must visit if you are on a trip to this city.
Here are some of the important places in Mysore: 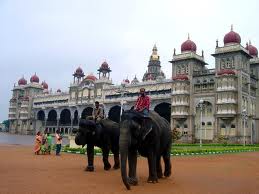 The Mysore palace could well be declared as the identity of Mysore. It is the biggest tourist attraction of the city and tourists flock to this place to have a glimpse of the rich Indian history. It is the official residence of the Wodeyar family, which is the erstwhile royal family of Mysore. Built in the 14th Century A.D. it was demolished and re constructed multiple times. The latest design of the palace was built in the year 1897 and completed in 1912. The palace commands an entry fee for the visitors, which is INR 40 for Indians and INR 200 for foreign tourists. The festival of Dusshera is celebrated with great pomp and grandeur since the year 1799. It also has 14 temples inside the palace premises. It is also known as the Amba Vilas Palace.
Location:
Mysore Palace
Sayyaji Rao Road
Mysore, Karnataka 570001
Phone:0821 242 1051
Timings:
Monday to Sunday (10am to 5:30pm) 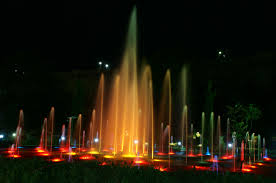 This is another major tourist attraction in the city of Mysore. A botanical garden spread across 60 acres, it is located on the Krishnarajasagara Dam. It attracts footfalls of close to 2 million people annually. Adjoining the place is also a fruit orchard that is spread over 75 acres.
Location:
Brindavan Gardens
KRS Dam Road
Krishna Raja Sagar Dam, Mandya
Karnataka, 570005
Phone: 080 2657 1925 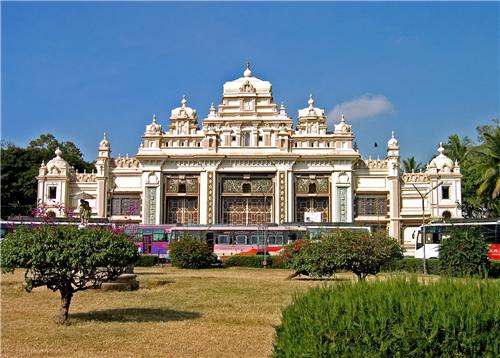 Built by the emperor Krishnaraja Wodeyar III in 1861 as an alternate accommodation for the royal family, the palace is now housing an art gallery and a function hall. It is one of the seven palaces of the city of Mysore. Majority of the paintings of the famous painter Raja Ravi Verma are housed in the art gallery. The auditorium is used mainly for cultural programmes, and for Dusshera celebrations.
Location:
Jaganmohan Palace
Chamrajpura
Mysore, Karnataka 570004
Phone: 0821 242 3693 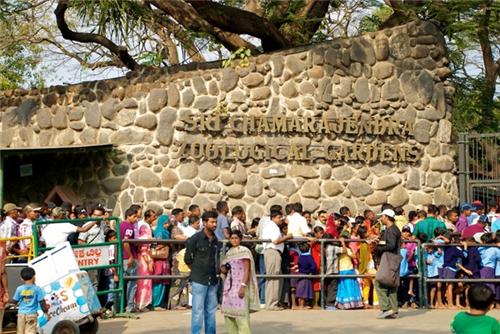 Now, this is one place which is going to delight your kids. The Mysore Zoo is one of the oldest and most popular Zoos in the country. It was established under the royal family in the year 1892. It was handed over to the forest department of the state in 1972. The Zoo currently houses 10 Elephants, Lions, Tigers, Zebras as well as Giraffes.
Location:
Mysore Zoo
Indiranagar
Mysore, Karnataka 570010
Phone: 0821 244 0752
Timings:
Wednesday to Monday (8:30am to 5:30pm) 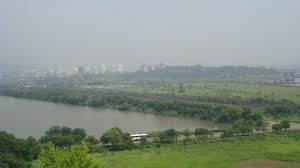 Located at the heart of Mysore city and adjoining the University of Mysore, it acts as a lung – space to the city. The lake earlier used to act as a source of water supply to the city. However, due to severe pollution and encroachment, the lake has almost been eutrophicated. However, the citizens have taken and are continuing to take steps to preserve the lake.
Location:
Kukkarahalli Lake
Mysore University Campus
JLB Road, Mysore, Karnataka, 570005 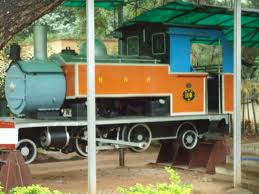 It is the second national museum after the one in Delhi in memory of the Indian Railways. It has locomotives and has a gallery of photographs depicting the growth of Indian Railways over the past 170 years. It also has a mini – train which is operated on battery to give small children a ride around the museum.
Location:
Mysore Rail Museum
KRS Rd, Mysore, Karnataka
Phone: 0821 286 6955
Timings:
Tuesday to Sunday (10:00 am – 1:00 pm, 3:00–5:00 pm)


A tour around the city of palaces would be incomplete without a visit to these places. So ‘Bittaga!’ (Lets go!)