Driving away from Mysore city, you would hardly give a second glance to the slumbering village of Somnathpur. But it is a place worth visiting!

You would be more interested in the scenery as you drive along NH 209 on the Kanakapura Road, turning off at Malavalli on the Bannur Road, taking a turn just before the town to arrive at this temple town. However, what redeems Somnathpur and gives it a special status is the presence of the famous Chennakesava Temple also known as Keshava temple.  This famous temple is a prime example of Hoysala temple architecture, constructed by Somanatha under the aegis of King Narasimha III in the thirteenth century. Somanatha was an army commander under the King and acquired the village on the banks of the Cauvery, naming it after himself. 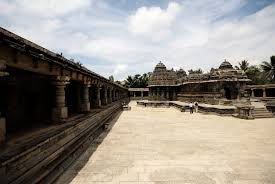