The royal city of Mysore excels in the field of sports. This is the city of sports in the state. Many famous players of different sports teams belong to this place. Sports can be played professionally, as hobbies or for recreation. 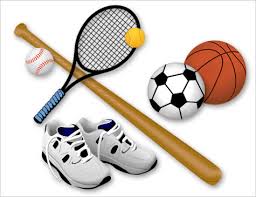 They are enjoyed by the people of the city. The major sports in Mysore played are:
Aqua and adventure sports are also common in this place. Sports always keep people fit and the people of Mysore are fitness freaks, hence, all sports are played here. They help in keeping the bodies active and energetic.

Cricket is the most popular sport played in Mysore. It is also given a lot of importance by the local people of the city. The most popular academy in Mysore is the Karnataka State Cricket Association. The budding cricketers of Mysore are all trained in this academy. Most of the matches in Mysore are also played here. It provides a certificate to the players on the completion of their training. The KSCA certificate holds great importance all over the world. There are nine pitches in the ground which are used to practice and play. Several tournaments are conducted in the grounds hosted by this academy.

Mysore has numerous stadiums where sports are played and matches are held. The most famous ones are:
These stadiums are used for different sports of which some are indoor and some outdoor. Special training and coaching camps are also organized in these stadiums on a regular basis.

Football is another popular sport in Mysore which is played by many people. Mysore has some of the best players in the football team representing India. Football is played by two teams with eleven players in each team. It is an outdoor sport. There are several football grounds in Mysore where the matches are conducted:
These grounds are spacious with ample space for football matches to be held. The most famous grounds in which most of the tournaments take place is the Doddakere Maidan Grounds. They are the most popular grounds in Mysore. For people to learn, practice and play football, some academies were formed which give proper certification on completion of the coaching. Proper training is imparted in these academies to people who join the teams and play for different levels. The most acclaimed football academy in Mysore is the Tata Football Academy.

The Tata Football Academy was inaugurated by the Tata Steel Sports Foundation. The ultimate goal of this academy is to train the upcoming football players to develop the quality of the players and Indian Football team for better performances. It provides foremost training with advanced techniques and methods.

Tennis is a sport played worldwide and is famous among other sports. It is played by many people in Mysore.  The most prominent coaching center of tennis in Mysore is the Mysore Tennis Club. This club is known for providing some of the most talented players to India and the state. The Mysore Tennis Club imparts fine training to the budding Tennis players and has maintained its standards of the game.


Adventure and Aqua Sports in Mysore

Adventure and Aqua sports are also well-known, introduced by Mysore Aqua Sports. Some of the leading sports of this category are:
Sports, however, are a major attraction among the people of Mysore. Many people come from different states to get trained from here. It is a hub for indoor and outdoor sports.

Mysore like other urban city enjoys a couple of sports, with skating being one of them. People love to indulge into skating in clubs and even residential apartments.

The Regal Roller Skating brightly shines in Mysore as a club responsible for creating awareness among the local people regarding Skating. This club stands out as a professional coaching center for skating and was established in 2003, under the guidance of ex-service personnel known as Reddy. This club has trained skaters who have won regional and national skating championship in India. Kids aged above four years get admitted to the beginners skating club. It also conducts speed skating class for older students who are well versed in the basics of skating. Classes are held seven days a week and the class timings are in the early morning from 6AM to 7AM and in the evening from 5PM to 7:30PM. The training fees for the skating course is Rs 200/- per month. There is no admission fee for any of their skating courses.

Both the above coaching centers in Skating and Chess have provided an additional learning to Mysore’s city residents in their pursuit to excel in these indoor games.