Dodde Koppalu is a small village that is found on the Yelvela road that leads to K R Nagara. To the left hand side of the yelvela road is the Hunsur village and to the right hand side of the yelvela road is the K R Nagara village. Taking a right turn from the Dodde Koppalu village and going ahead will lead one to Dornahalli Church which comes forth after the village and an old grove. The twin towers of the church are found to be visible from a distance. This church is also known as St Anthony Church Mysore which lies at a distance of three kilometers from Dodde Koppalu. Dodde Koppalu is also known as Dornahalli or Christina Koppalu because there are only Christians found in this village. 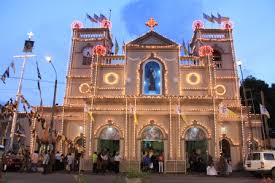 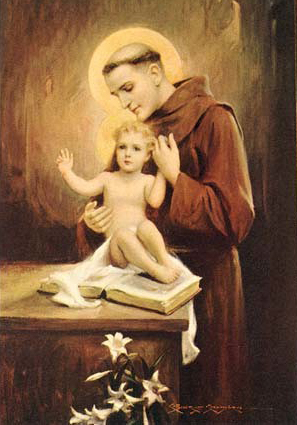 Saint Anthony was a man from Lisbon and he took birth on 15th August 1195 AD. The birth name of this saint was Ferdinande and his father ranked at the top position in the ton was called Martin Thebeo. Ferdinande converted into a monk when he entered St. Vincensi’s convent in Lisbon at a very young age. His relatives and friends visited him frequently while he stayed at the convent. In order to get rid of these visits, he got connected to Holy Cross Convent by his superior’s permission. This convent was very far away from his town and therefore his relatives and friends could not visit him at this convent. He also altered his name to Anthony. Later on, he went on pilgrimage and became a member of Franciscan Society. He became a Rhetoric expert and it is spoken that the fishes also listened to the charming oratory that he gave. It was a colleague who discovered light being illuminated from Anthony’s room one night and on peeping through the key hole, the colleague found that . There are many statues and portraits of Saint Anthony found with his prayer book and Infant Jesus sitting on the prayer book. Anthony breathed his last on 13th June 1231 AD at a place called Padua and on 30th May 1232 AD he was beatified a Saint by Pope Gregory IX.

St Anthony Church Mysore is located at a village named Dornahalli. The church, in the yesteryears, was built by a farmer and another church in its place came into existence in the 19th century. Another church came into being in the year 1920 and the foundation of this particular church was laid by Dharmaraja Chetty. At present, when a number of cracks began to appear on the church, it was destroyed and a new church was built that retains the original fascia.

The structure that is found behind this church is present St Anthony Church Mysore. This church was consecrated in a T shape cross on 13th June, 1969. After renovation, the church possesses enough space and it has the ability to shelter more than thousands of people. There is a very huge cross found above the hallway at the obverse nave and just adjacent to this cross are the towers that are very tall and possess cross on their tips. In 1964, Mon Signor I.H. Lobo was ordered to start the construction of the church and the construction was concluded by Rev. R. Felix Thavro. A very small portion of St. Anthony’s artifact is found in the church. Recently, in the year 1977, a man called Mr. Chandappa Shetty took over the initiative of building a structure at the palace where a temple was built by a farmer earlier. On Tuesdays, special prayers are held at main church and on 13th June every year, an annual feast is also held at the church.

Discovery of the Shrine at Dornahalli 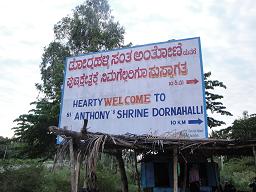 Saint Anthony’s statue was discovered miraculously by a peasant while he was working in his field. It was a statue made of wood that the farmer got hold of and thinking it to be a doll or a toy for his kids; he took the statue home and handed it over to his children so that they could play with the statue. Traditionally it is said that the farmer dreamt one night that a friar had appeared in front of him and said that the statue that he came across in his field was not a mere doll but it was the statue of a catholic saint called Wonder-Worker and that the friar wanted to get a shrine in the honor of the saint and by doing this the farmer and also his family would be sanctified. The farmer did not pay attention to this dream and his children did not stop playing with the doll. Within a week, the bullocks of the farmer died and his children also expired. This brought great realization to the farmer about his negligence regarding the dream. He got up next morning at executed the work of constructing the shrine as early as possible. The shrine was erected by the farmer by taking the help of a priest who visited Mysore once every year. This priest recognized the statue to be that of Saint Anthony’s and this is how the shrine came into being. Immediately after the erection of the shrine, the farmer was bestowed with wealth and respect and therefore the shrine became a place of worship for the people living around. Thousands of people started visiting the shrine from far off places and soon a small village of Christians grew up very close o the location of the shrine. Later on, the open shrine was converted into a church in 1920 by Dharmaraja Chetty, the Dewan of Mysore.

The day 13th June is celebrated as an annual festival at St Anthony Church Mysore and people from all over the world gather in Dornahalli on this day. The people usually occur at the church for their attendance at the holy mass so that their vows are fulfilled. The village of Dornahalli and the villages in the neighborhood are full with pilgrims and the entire atmosphere is that of a grand fair. Various kinds of retreats like Tora-tora, games, magic shows, giant wheel and hotels are arranged for the people who visit the village. Silver replicas of the organs of human beings, flowers and candles are offered at St Anthony Church Mysore thanking God for bestowing favors in the world through Saint Anthony. Hair tonsuring and feeding the poor are also found to be done by the people as a gesture of grace received. There are people who also try to collect the shrine soil as blessings. A very colorful procession of cars is held during the evening where people sing about God’s glory, perform the prayer of Holy Rosary and also bestow praises for Saint Anthony. People also indulge in the act of splashing puffed rice, flower petals and crystal slat on the cars in the procession. 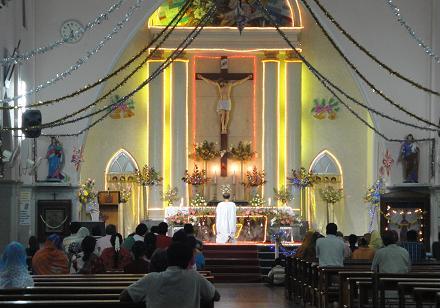 Among the feasts celebrated at the church there is the flag hoisting that is done on 4th June, Novena that carries on from 4th June to 12th June and the anniversary of St Anthony Church Mysore on 13th June.

Location of the Church and How to Get There

People who look for miracles and have a firm belief in them should make it a point to visit St Anthony Church Mysore. The church is a piece of immense beauty and it also stands for the trust and the belief of the people in God and his Saint. The route facilities to the church were not very good previously but at present things have changed and people can easily visit the church in a comfortable manner. Apart from this, there are many other churches in Mysore, that tourists love to visit!