Home city guide things to do in mysore

Things to do in Mysore

When you set out for a holiday, there are certain things that are included in your ‘to do’ list. However, on landing at your destination, you discover that the points earmarked in your list do not exist at all in that particular place. It is then that you are left scratching your head as to what do you do next. A similar case beckons for our very own Mysore city. Mysore is known as the city of palaces. However, there are more than just palaces which define the city and visiting only the palaces should not land you under the impression that you have had a complete tour of the city. Here are certain things that you can include in your ‘to do’ list while on a visit to the cultural capital of Karnataka:

Shopping for women is like their birthright. While on a holiday, this is a prospect by default that one full day is to be dedicated to shopping all over the city and Mysore is one city where the women would certainly not be let down. There are plenty of places worthy of a shopping visit in Mysore. Prominent among them is the Government Silk Weaving Factory that produces amazing silk saris and other silk fabrics. 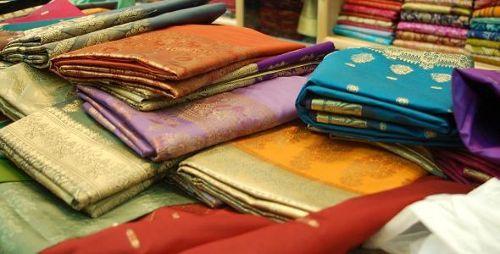 Located on Manandavadi Road, it also has its shopping areas near the KR Circle. The Mysore silk is one of the most renowned in the country and also sold in many private showrooms. Another important aspect of shopping in Mysore is the artifacts made out of Sandalwood. They include figures of Gods, Goddesses, Jewellery items and gift items as well. Such items are available at the Karnataka Handicrafts Development Corporation. The Government Handicrafts Emporium is also a famous destination to buy incense sticks or ‘Agarbattis.’

Now the first that comes to anybody’s mind when he first hears of Mysore is the Mysore Palace. There are many other palaces in the city which is why it is known as the ‘city of Palaces’. Apart from the Mysore Palace, others like the Jaganmohan Palace, which also has an art gallery within its premises; the Cheluvamba Mansion, which currently houses the CFTRI campus, the Jayalakshmi Vilas Mansion, Lalitha Mahal Palace, Rajendra Vilas Palace and the Karanji Mansion are the other palaces which are landmarks in their own right. 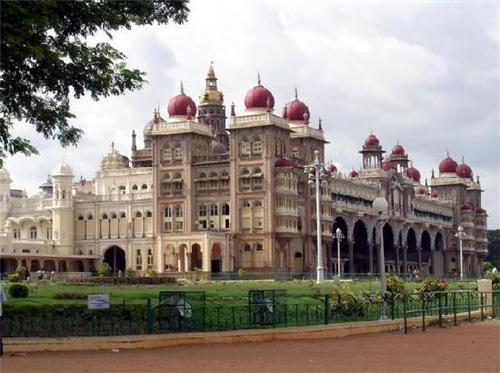 Besides the palaces, there are other famous destinations worthy of a visit in Mysore. They would include the Brindavan Gardens, Mysore Zoo, the Mysore Rail museum, and museums like the Regional Museum of Natural History and the Melody World Wax Museum which is a one of a kind museum across the world. Mysore is truly a tourist’s paradise.

Rice lovers! This is your place to be! Mysore’s cuisine is dominated by rice which is an integral part of their breakfast, lunch and dinner. The Mysore Masala Dosa is one of the most famous dishes of the city which is a rage across the country and not just Mysore itself. 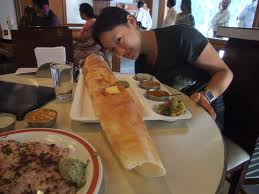 There is a range of rice-based dishes as well that include chitranna (rice with lime juice, green chilli turmeric powder sprinkled with fried groundnuts and coriander leaves), vangibath (spiced rice with egg plant) and pulliyoigrae (rice falvoured with tamarind juice and garnished with groundnuts) are part of the traditional food of Mysore. The most distinctive Mysore dish is the famous bisibelebath a sumptuous combination of rice, lentils, tamarind, dried coconut, chilli powder and spices. If the main course left your mouth watering, the dessert is still to come. Sweets like Chiroti (a light flaky pastry made of flour, sprinkled with powdered sugar and soaked in almond milk), and Mysore Pak (gram flour fudge), are some of the best sweet dishes of Mysore. Some of the famous restaurants in Mysore include Aagaman, Gayathri Tiffin Home, and the Anand Vihar Restaurant.

These are some of the tasks that need to be added to your ‘to do’ list while on a visit to Mysore and be rest assured, you would have the time of your lives!