The state owned financial service Company, United Bank of India is founded in 1950 by the amalgamation of four Bengali banks including Comilla Union Bank, Comilla Banking Corporation, Bengal Central Bank and Hoogly Bank. The bank has more than 34 regional offices and 1700 branches all over India. It also has three full-fledged overseas branches in Mumbai, New Delhi and Kolkata. 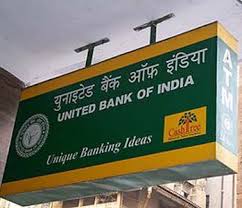 As the public sector banking organization, it has won several national awards. In 2006, this institution was honored national award by the Ministry of Small Scale Industries for offering the second best performance in financing small scale units. In 2007, it was honored by Golden Jubliee Award from the ministry of MSME for excellence in the field of village and khadi industries. Along with Golden Jubliee award, the bank is also awarded by national award from the ministry of MSME. The approximate total business of the bank per year is Rs. 391.90 crore.
From debit card, ATM, internet banking, tele-banking, mobile banking to SMS banking, all types of facilities by the bank at the lowest service rates. The online banking services are available round the clock, allowing customers to take benefits of various banking services rounds their comfort and convenience.

In this article, you will get comprehensive information about the ATMs and United Bank of India branches in Mysore.

Here's a list of United Bank of India branches in Mysore:

From food, clothes, travel to stay, money is required to have an enjoyable and comfortable trip wherever you go. One cannot get anything without money. However, taking a good amount of money while traveling anywhere is not a wise decision. It is therefore advised, to use debit and credit cards to safeguard your money and have an enjoyable and relaxing tour in Mysore. Considering, the monetary need and comfort of customers, United bank of India has opened several ATM centers all across the Mysore.

The detailed information about all the branches and ATM centers of Union Bank of India will surely help you to locate the one in your nearby area. You can also know about the new ATM and branches opened in the Mysore city.