On a weekend, the only desire that you have is to escape as soon as possible from the hustle and bustle of the city and to relax and unwind yourself in an atmosphere of peace and tranquility. Mysore as a city has enough of tourist attractions and palaces in its own right. However, there are other places around the city of Mysore that will act as an ideal weekend getaways for you. 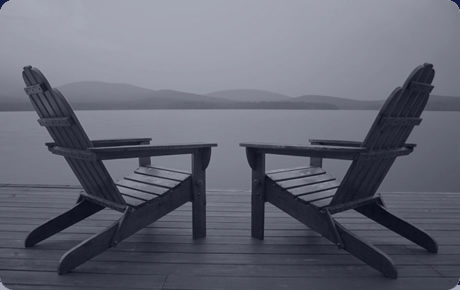 An island, about 20 kilometers from Mysore, Srirangapatnam acts as an ideal weekend getaway if you are fond of history. Its historical importance can be gauged from the fact that it houses the palace of the great Tipu Sultan, known as the Daulat Daria Bagh and the Jama Masjid. It has its own scenic beauty considering it has the river Cauvery flowing through it.

Now, this is one place that has taken the ‘Save the Tiger’ campaign seriously. Boasting of a tiger population of over 70, the Bandipur National Park would act as an ideal weekend getaway for wildlife lovers. Situated about 80 kilometers from the city of Mysore, it is the biggest protected forest reserve in South India. The huge area is evident from the fact that the national park stretches across the states of Tamil Nadu and Kerala as well. The park is also well known for its Sandalwood Trees. The Bandipur National Park also has a Kabini Dam in its vicinity. The forest department also runs tour buses around the park to ferry tourists.

The literal meaning of Sravanbelagola is the Monk in the White Pond. 83 kilometers from the city of Mysore, the city is famous for its statue of Gomateshwar, which is 17 meters tall. The statue of Gomateshwar is the largest monolithic statue carved out from a single stone. The various inscriptions depicting the rise of various dynasties like the Vodeyars, Ganga as well as the Hoysalas. King Chandragupta Maurya after long years with war sought peace and tranquility at this very place. It is said that he is responsible to the spread of Jainism in South india.

The hilly wetland of Chikmangalur is the district headquarters of the district of the same name. It is located 180 kilometers, which is a three hour drive from Mysore. In the regional language it is known as ‘The land of the Younger Daughter.’ It is famous for its coffee plantations and also its wildlife tourism and acts as an ideal escape from the concrete jungles of the city. The many waterfalls that are present here attract a lot of tourists here annually.

Adventure and wildlife lovers are beginning to favour this place nineteen to the dozen and it is fast becoming a fast growing tourist destination. 83 kilometers from the city of Mysore, it is located between the Shivanasamudra and Mekedatu falls. It is a well known fishing spot and the Galibore Fishing Camp is also an ideal boarding place in the vicinity. The river Cauvery flowing through the place also acts an ideal destination in terms of peace and tranquility around the weekend. It is also known for the River Rafting on the river Cauvery.

These places would act as ideal weekend getaways from the hustle and bustle from the city of Mysore. So Bon Voyage and Happy Weekend!